The Special Operations Forces Industry Conference (SOFIC) is “the premier venue for the SOF community to interact with industry and to collaborate on the challenges, initiatives and way-ahead in delivering the most cutting-edge capabilities into the hands of SOF operators,” according to the National Defense Industry Association (NDIA).

Reflecting the secrecy of SOF warriors, the design featured silhouettes of actual SOF operators. It was produced to be used across multiple media, from tiny app icons to massive convention center tapestries. The colors were adapted from the official U.S. Special Operations Command logo, linking the conference to USSOCOM’s marketing materials.

NDIA also developed a fully responsive website that delivered a first-rate mobile experience as well as a conference app. Among the metrics used to evaluate the design’s effectiveness: Exhibitor profile views on the app increased 272 percent, floor plan views rose 172 percent and sponsor views doubled. A more subjective evaluation was offered by attendees wowed by the branding that appeared on the stage and ceiling during the conference’s networking event and concert. 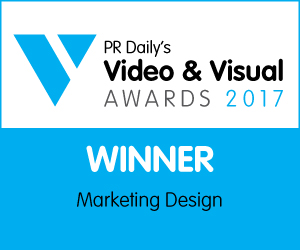