Esurance is routinely outspent in its marketing efforts by its competitors. Seeking a way to raise awareness and generate some buzz around its brand, the organization partnered with the Scott Brothers, DIY influencers who have built a fan base through their social media presence as home and garden experts. The partnership has earned Esurance first place in the “Use of Celebrity or Personality” category of PR Daily’s 2017 Video and Visual Awards.

The concept: the Scott Brothers and Esurance can help protect consumers’ homes and cars. Working in a single 12-hour period, the Scott Brothers starred in seven home and auto music videos in which the pair offered a number of consumer tips, from determining when to replace car tires to keeping a rug from slipping on wood floors.

The integrated campaign took advantage of owned, earned and digital media. Two media exclusives (with Entertainment Tonight and People LIVE) set the campaign in motion, followed by a Facebook-centric social media strategy. People were driven to the Facebook content through the Esurance website, blog posts, digital ads, customer communications and emails. The videos were released every two weeks for 14 weeks, with the Scott Brothers posting the videos and bonus content to their own Facebook pages.

During the 14 weeks of the campaign, a total of 152 million social media impressions and 73,000 Facebook shares were recorded. Even more impressive, a brand lift study found 4-5 percent increases in consumer confidence in Esurance.

Congratulations to all involved. 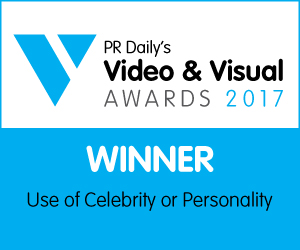