The communications department at Cherokee Nation Businesses is nothing if not ambitious. The department has raised the bar for video series with “Osiyo, Voices of the Cherokee People,” which has been in production since 2014. Now it’s won first place in the “Video Series” category of PR Daily’s 2017 Video and Visual Awards.

The series of 30-minute episodes profiles Cherokee Nation citizens, highlights events and figures from history and passes on the Cherokee language. Underlying the production is a fervent desire to set the record straight and correct misperceptions about Cherokees through documentary-style stories, language segments, history segments and news shorts.

The series is broadcast across Oklahoma through a partnership with local public television station RSU-TV, as well as OETA, Oklahoma’s statewide PBS station, the FNX Network, which specializes in Native American media, and FNX.org. The series is also posted to YouTube and the show’s own website.

The content itself is beautifully and professionally produced, rivaling the documentary-type productions of much better-funded enterprises. That quality has resulted in nearly 1.5 million views on YouTube alone, representing 4.4 million minutes watched; 7,500 people subscribe to the YouTube channel to be notified when new episodes are available. The Facebook page has 25,000 followers. 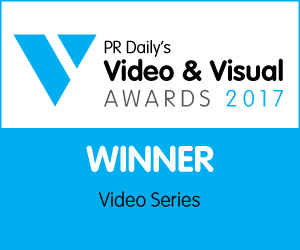