Applications at Western Reserve Academy (WRA) had diminished, aligned with enrollment challenges across the boarding school sector.  The video produced in response, by WRA and The Film Guys, has won first place in the “Product Marketing Video” category of PR Daily’s 2018 Video & Visual Awards.

Western Reserve Academy defies the perceptions most people have of a boarding school: a place for uninterested parents to send their kids away from the house, or a home for problem children who need more discipline in their lives. Just seven years away from its bicentennial, WRA is neither of those things. The high school is ranked the 14th best boarding school in the United States and the best private high school in Ohio, along with other honors.

Working with The Film Guys, WRA developed a hip-hop-styled music video that features actual students (along with faculty and staff) engaged in school activities and their day-to-day lives (like skateboarding to class) while singing the lyrics. The result is a soaring production that shares the joy of the students who attend WRA.

The Film Guys crew lived in a campus guest house for two weeks, ate in the dining hall and attended athletic events, classes, auditions and dorm events. One member of the crew was also a boarding school grad so he helped the rest of the team grasp the key themes that are evident in the video.

The video achieved 14,000-plus views on YouTube. The team also produced 10 shorter videos for use across other platforms.

Congratulations to the team of Robert Bahouand, Alesi Enriquez,  the WRA school community and Communications Office. 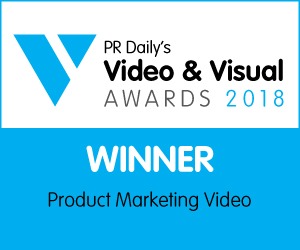