The communications department at Cherokee Nation Businesses is nothing if not dedicated. Its video series “Osiyo, Voices of the Cherokee People,” has been in production since 2014, and it’s the winner in the “Video Series” category of PR Daily’s 2018 Video & Visual Awards.

The series of 30-minute episodes profiles Cherokee Nation citizens, highlights events and figures from history and passes on the Cherokee language. Underlying the production is a fervent desire to set the record straight and correct misperceptions about the Cherokees through documentary-style stories, a language segment, a history segment and news shorts.

The series is broadcast across Oklahoma on PBS, where it commands a substantial audience. A partnership with another network helps the show reach another 20+ markets across the United States. Its availability on YouTube, though, has expanded its reach considerably, with respectable numbers coming from as far away as Germany, the U.K. and Australia. The show’s Facebook page is followed by nearly 30,000 people.

The content is beautifully and professionally produced, rivaling the documentary-type productions of much better-funded enterprises. Episodes focus on a broad range of Cherokee-related topics, from elders passing on traditional spirituality to young Cherokees making their way in professional sports. The series aims to balance traditional features with less-traditional stories of people living a Cherokee lifestyle that challenges public perceptions. 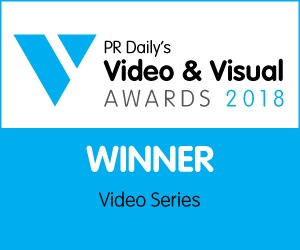