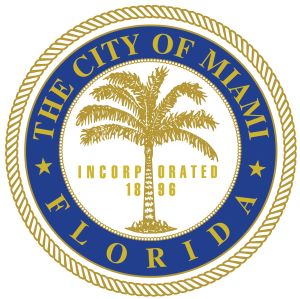 The goal of the video was to help civilians learn to identify the signs of potential terrorist activity, such as surveillance, testing security, impersonation, rehearsal and more. The information scripted into the video was obtained from the U.S. Department of Homeland Security and SHIELD.

The video presents scenarios for each of the signs, with Miami city employees and police officers playing the various parts. Shooting the video took a couple months to accommodate the different shifts of officers participating in the production, as well as the other video projects in which the Miami Office of Communications was engaged.

A variety of cameras were used based on who was available to shoot the video when a scene was scheduled. All the work was performed by the Office of Communications at no cost; even the voiceovers were performed in-house.

The result is a compelling review of what to watch for. One measure of the video’s success is the number of other police departments, both in the U.S. (e.g., New York, Maryland, Michigan and Virginia) and internationally (such as Belgium), that have requested permission to use it.