Ohio Department of Health relied on the power of visuals in a recent video titled, “Space Makes Us Safer”:

The public service announcement, which racked up 20.5 million views on Twitter alone, shows how much social distancing can lower the spread of COVID-19.

Real Art was the agency behind the video, and its video team lead, Andy Nick, shared a behind-the-scenes peek at creating it:

A lot of people have been asking how we did the @OHdeptofhealth video (aka – the Mouse Trap project). Here's an iPhone clip of our first "shot", which took 8 hours to set up. pic.twitter.com/3xxjiiz2N5

Nick shared a summary with Adweek, which read, in part:

Real Art put together a production that spanned four days—two days of pre-production, and two shoot days. With COVID-19 issues affecting traditional shipping, we had to rely on the old-school methods of acquiring 500 mouse traps—buying out the stock at every dollar store in a 50 mile radius of Dayton.

On the first shoot day, we set up all 500 traps and filmed a single take. A single error at the halfway caused a chain reaction that cost us a significant amount of time, but by the end of the day we had four cameras pointing at a single grid, and I had the privilege of throwing the first ball. What a trip.

The effort showcases the power of visuals and what you can do with video, even on a limited budget and time frame.

The retail chain’s temporary layoffs will affect hourly store employees across the United States, with most of its part-time workers affected. Employees will keep their health care benefits for at least three months.

The situation we are all facing as a result of the COVID-19 pandemic is truly unprecedented. As we previously communicated, we made the decision for the health and safety of our customers and employees to shift our stores to a temporary enhanced curbside service-only model starting March 22. At that time, we also suspended all in-home delivery, installation and repairs.

I am so incredibly proud of our teams’ execution – they seamlessly implemented a new and highly effective operating model in a matter of 48 hours across our entire store base. We are fulfilling essential technology needs for customers in a safe and innovative way, including continuing to provide remote technical advice and support. This time of working, learning, cooking, entertaining and, importantly, connecting across the country from home only underscores our strategy and purpose: to enrich lives through technology.

Why it’s important: Barry’s statement and Best Buy’s crisis response underlines several best practices in crisis communications. The messages focused on employees and customers, using language such as “our overriding priority on safety” instead of corporate jargon.

Barry also gave a quick overview of the chain’s sales (they’ve “retained approximately 70%” compared with last year) and highlighted the company’s efforts to provide customers with merchandise through e-commerce sales and curbside service-only model (which began March 22). That enables greater trust in the chain along with loyalty over its efforts to provide products, while balancing employees’ safety.

Google’s operating system for smartwatches and other wearable devices now includes reminders to wash your hands.

First spotted by Android Police, this new feature appears to be part of the v5.4.0 update for the Google Clock app. The new feature is added into the Clock application and will send alerts every three hours to head to a sink and scrub your hands; once you are ready, you can start a 40-second countdown. Though, if this alert is intrusive to you, Android Police notes that you can disable the feature.

Google Assistant can help you and your family put the handwashing best practices from @WHO to use. 🧼

Just say "#HeyGoogle, help me wash my hands," and Google Assistant will play a song for 40 seconds. pic.twitter.com/aZRLpas816

The efforts show off the ways technology and creativity can come together to help people during the pandemic. You don’t need to learn how to code to help, however: Brainstorm with your colleagues on ways your can tailor your current offerings to help consumers and employees.

Looking for more insight on how to address the current global crisis and lead your organization into a strong recovery?

Join Ragan’s Crisis Leadership Board to network and brainstorm with peers, get the latest intelligence and research and start to strategize for the future of your organization.

How are marketing campaigns changing tack during the current crisis? For Franklin Mutual Insurance, it was important to adjust tone and materials to reflect the new normal for many Americans.

Here’s how they were able to pivot to a new strategy and engage their audiences during the global pandemic.

[RELATED: Join us April 6-8 in Disney World for our Social Media Conference]

Communicators are crafting content and messages across platforms and channels to inform and update their audiences as well as encourage them to purchase, but a recent survey by Buzzstream and Fractl shows that email marketing has its downfalls.

The survey revealed that though nearly 70% of consumers give organizations their emails because they “like the content and want to hear more,” seven in 10 people unsubscribe immediately after getting a free resource from a website. About 73% don’t want to be contacted by salespeople and 67% fear organizations will sell consumers’ data.

That’s not to say email isn’t an effective marketing and communications channel, but rather can serve as a reminder to hone both your content efforts and your follow-up emails to best meet the needs of your audience, especially during the pandemic.

There won’t be any new emoji announcements until 2021, The Unicode Consortium announced recently. That’s because the release of Unicode version 14.0 has been postponed for six months, to September 2021.

Please be advised that the release of #Unicode14 has been delayed by six months due to #COVID19. More details here → https://t.co/gAnkcVuAO7 #Unicode #Emoji #CLDR #ICU

“Under the current circumstances we’ve heard that our contributors have a lot on their plates at the moment and decided it was in the best interests of our volunteers and the organizations that depend on the standard to push out our release date,” Mark Davis, president of the Consortium, said in a statement.

However, the delay doesn’t impact the release of the previously announced new emojis new for 2020 — like the transgender flag, the gender-neutral Santa Claus and others that were announced in January and will come out this September. The new set, part of Unicode’s 13.0 standard, includes 117 new animated characters.

Organizations across industries are adjusting calendars as well as launch dates and announcements as COVID-19 continues. It’s crucial that communicators keep both internal and external stakeholders informed of delays and other changes through consistent messaging.

Doing so can increase trust and support.

Carnival Cruise Line, Princess Cruises and Holland America Line have extended their suspensions through the end of June, following the Centers for Disease Control and Prevention’s no-sail order for cruise ships.

“It has been devastating temporarily. … Traveling will return, travel and leisure, and once it does, we’ll return with it. Social gathering at some stage will reunite, and when it does, people are going to want to cruise,” Donald said on CNBC’s”Closing Bell.” “We have had considerable bookings. Bookings for 2021 are powerful.”

Why it matters: As organizations struggle to retain their footing in the marketplace and stay afloat with COVID-19, additional crisis communications, including layoffs, will come. Donald’s simple statement offers communicators a reminder to issue reassurance along with updates about current challenges. (Note that reassurance doesn’t mean putting lipstick on a pig: Be honest and transparent in your commitments to return.)

We asked if you’re using new technologies and tools to connect employees who are now working from home, and more than half (57%) of you said you were already using virtual platforms and tools. Roughly 33% of you are trying out and using these technologies for the first time, however:

Are you using new technologies/tools to connect remote employees?

Share with us your top platforms, technology and tools under #DailyScoop, and we'll share in tomorrow's roundup!

Analysts predict the current remote workforce will permanently shape the future of work, enabling more employees to stay at home after the pandemic is over. Is your organization shifting to this trend?

Analysts predict current work-from-home processes will permanently shape the future of work, even after the pandemic. Will your organization go remote in the long run?

Weigh in below and under the #DailyScoop hashtag, and we’ll share in tomorrow’s roundup. 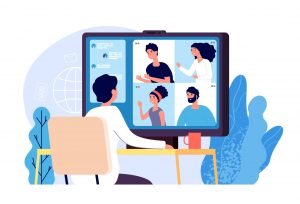 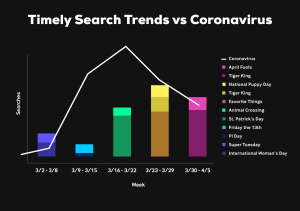 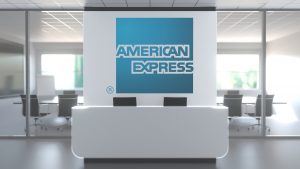 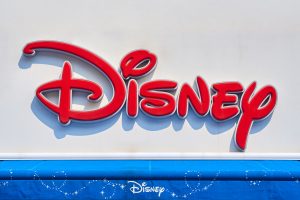 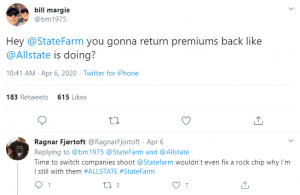