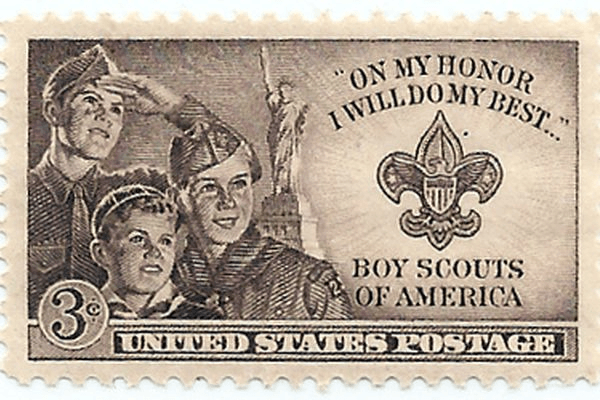 Boy Scouts of America is rebranding—and it’s dropping gender-specificity from one of its well-known programs.

In February 2019, Boy Scouts of America will change to Scouts BSA. The switch is not affecting the entire organization, which will keep the original name, nor will it affect the Cub Scouts (the organization’s program for children ages 7 to 10). Instead, the new name will be applied to the program available to those ages 10 to 17.

The name change is a part of the group’s attempt to appeal to a broader base, namely little girls. “As we enter a new era for our organization, it is important that all youth can see themselves in Scouting in every way possible,” Chief Scout Executive Mike Surbaugh said.

“That is why it is important that the name for our Scouting program for older youth remain consistent with the single name approach used for the Cub Scouts.”

The Globe and Mail reported:

Chief Scout Executive Mike Surbaugh said many possibilities were considered during lengthy and “incredibly fun” deliberations before the new name was chosen.

“We wanted to land on something that evokes the past but also conveys the inclusive nature of the program going forward,” he said. “We’re trying to find the right way to say we’re here for both young men and young women.”

“Surbaugh predicted that both boys and girls in Scouts BSA would refer to themselves simply as scouts, rather than adding ‘boy’ or ‘girl,’ The Denver Post reported.

The Boy Scouts announced in October 2017 that the organization would open its membership to girls. In 2015, it lifted its ban on transgender members, but it left leadership decisions up to local chapters’ discretion.

Although the program is changing its name to signal inclusivity, the boys and girls that are part of it will generally be placed in gender-specific units. There, they will work on similar activities and earn the same merit badges, with both groups moving forward on the path to the organization’s Eagle Scout award.

Surbaugh said that having separate units for boys and girls should alleviate concerns that girls joining the BSA for the first time might be at a disadvantage in seeking leadership opportunities.

Chief Scout Executive Mike Surbaugh unveiled the group’s “Scout Me In” marketing campaign aimed at promoting inclusiveness. “As we enter a new era for our organization, it is important that all youth can see themselves in Scouting in every way possible,” Surbaugh said.

So far, more than 3,000 girls have joined roughly 170 Cub Scout packs participating in the first phase of the new policy, and the pace will intensify this summer under a nationwide multimedia recruitment campaign titled “Scout Me In.”

The organization has been promoting its campaign on social media, seen in the following Instagram posts:

Where are all our Venturers at?! @venturingbsa is a program for young women and men that focuses on adventure, personal growth, and leadership! Venturing is celebrating its 20th anniversary this week so tag a friend who’s always up for an adventure to help us celebrate!🎉

The name change and move to accept both genders has received mixed—and heated—reactions.

To some, this is all long overdue, the century-old Scouts catching up with changes in society.

“This change will allow local troops to decide the best approach for them and will eventually allow girls to earn the rank of Eagle Scout,” Zach Wahls, an Eagle Scout who co-founded the group Scouts for Equality, said in a statement.

But there remain doubters.

Noah Blumofe, a West L.A. podiatrist who founded a Girl Scout troop and also has a son in Boy Scouts, said he disapproved of the Boy Scouts’ decision to accept girls.

“Our society is making it so that boys can no longer be boys,” he said. “While Girl Scouts don’t accept boys, Boy Scouts are now accepting girls. It’s somewhat hypocritical.”

Critics of the move said they’re concerned that girls might join the Boy Scouts instead of supporting the Girl Scouts and helping the latter organization cater to its members’ needs.

“It sounds like they’re starting a Girl Scouts,” said Kathryn Kolbert, director of the Athena Center for Leadership Studies, a program at Barnard College, a women’s college in New York City. Kolbert has worked with Girl Scouts on some joint programming with Barnard. “To me this is just an act of desperation by an organization which has historically been extraordinarily discriminatory and is now facing the consequences.”

Over my decade as a [girl] scout, I did much more than sell cookies, participating in events from learning to knit to orienteering in the freezing rain. While troops adjust activities based on members’ interests, one of GSUSA’s aims is to push girls to develop skills in areas where women are typically underrepresented. For example, last year GSUSA launched a STEM pipeline program, with plans to roll out 18 Cybersecurity and additional Space Science badges.

Girl Scouts of the USA is gearing up to fight back.

Girl Scouts is the premier leadership development organization for girls. We are, and will remain, the first choice for girls and parents who want to provide their girls opportunities to build new skills, explore STEM and the outdoors, participate in community projects, and grow into happy, successful, civically engaged adults.

The tension between the organizations has been growing. After the Boy Scouts announced it would accept girls, the Girl Scouts lashed out with a scathing statement.

“The Boy Scouts’ house is on fire. Instead of addressing systemic issues of continuing sexual assault, financial mismanagement and deficient programming, BSA’s senior management wants to add an accelerant to the house fire by recruiting girls,” a spokesperson for the Girl Scouts told ABC News.

Local Girl Scout groups are calling attention to their offerings.

At the Girl Scouts of Greater Chicago and Northwest Indiana, where enrollment is up for the third year in a row, CEO Nancy Wright took the opportunity to emphasize the differences between the boy and girl scouts.

“We’ve always had the word ‘girls’ in Girl Scouts, because it’s indicative of where our focus is,” she said. “We believe we’re the experts, based on our years of developing programs for girls.”

Ultimately, both the Boy Scouts’ name change and the Girl Scouts’ response are efforts to increase membership in each organization. Waning numbers have sent both groups scrambling to entice people to join and remain active.

“Both groups, which have been at odds since the Boy Scouts decided to open its doors to girls, have been struggling with declining membership,” USA Today reported.

What do you think of the announcement? 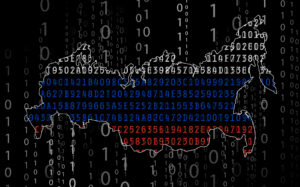