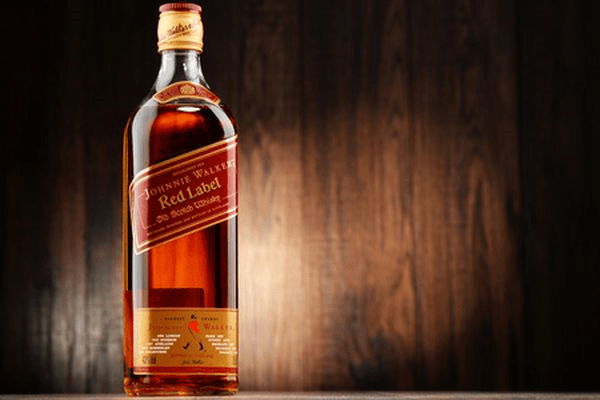 There’s a fine line between pushing gender equality and patronizing a target audience.

After Yum! brands suffered backlash for suggesting a new kind of”lady-friendly” chips, the world’s biggest scotch maker decided it would give the tactic a try.

The whisky maker is putting a woman in its logo for the first time ever — a new Jane Walker edition that will be on sale for a limited time. The image of a top-hatted and tuxedo man is transformed into a shapely, long-haired woman in the same dashing outfit.

The special-edition whisky will be sold starting in March to coincide with Women’s History Month and International Women’s Day celebrations, according to the company. The suggested retail price is $34 for a 750-milliliter bottle.

The temporary change to the “striding man” logo is an attempt to market the drink to women.

In interviews, executives painted the move as an effort to address gender inequality and to invite more women to engage with the storied brand.

“Scotch as a category is seen as particularly intimidating by women,” [Vice President of Johnny Walker Stephanie Jacoby] said in an interview. “It’s a really exciting opportunity to invite women into the brand.”

Diageo, the company that owns Johnnie Walker, backed up the marketing ploy with actions, including a push for more women on its board and working for its business partners.

Diageo, based in London, also is looking to increase female representation internally. Its board will be 50 percent women in April, Jacoby said. The company also is calling on advertising agencies to put forward at least one female director as part of any work pitch.

Jane Walker will appear on 250,000 bottles nationwide in March. For every bottle produced, Diageo is donating a dollar to organizations that promote women, including Monumental Women and She Should Run. While this batch of bottles is a limited run, this isn’t the last of Jane.

Though the intention might have been lofty, the message was immediately attacked by slighted female consumers.

Some took a sarcastic swipe:

I was afraid that all my female friends weren’t able to drink scotch. BUT HAVE NO FEAR!

Others shared their anger more pointedly:

The parallels between this faux pas and Doritos’ gaffe were not lost on anyone.

Women: we want equal pay for equal work
Doritos: we have silent chips for the woman who needs to be seen and not heard
Women: n-no, that’s not what we–
Johnny Walker: hold my scotch… https://t.co/xqeiSpR5rt

A satirical piece in The Washington Post made fun of the company’s attempt to woo women. “What do I know about scotch?” mused Maura Judkis. “…How could I possibly know anything about scotch and bourbon and whiskey, drinks that are exclusively for men?”

She quipped, “I have no idea how they are made or what they‘re made of, but I suspect the ingredients include testosterone and beard oil. Plus, there‘s the adage about how these beverages will ‘ put hair on your chest‘— that dreadful tidbit sent me straight to my fainting couch, where it took many whiffs of the smelling salts before I was revived. A Lady is only permitted to have hair on her head, so it was quite distressing to learn of this terrible side effect.”

Judkis noted the company’s good intentions but said the gesture fell short:“…according to the news release, ‘Johnnie Walker will be donating $1 for every bottle of the Jane Walker Edition made to organizations championing women’s causes’,” she writes, “which is nice, but creating gendered packaging for women and saying they are intimidated by scotch does not really further that goal, does it?”

Does this mean brands should stop trying to boost gender equality in their marketing campaigns?

1. Women are not a homogenous group.

2. Women respond to a good story.

3. Women want to be understood.

Others found Johnnie Walker’s marketing treated women as a monolith, and instead of inviting new female customers, the campaign made women feel excluded.

According to January 2018 numbers from Nielsen Spectra, women represent 29% of Scotch buyers and are responsible for 24% of Scotch sales by volume, which means that there is significant upside in finding a way to sell more Scotch to more women. But if there is a backlash against how this particular campaign goes about that, the risks are substantial.

“I have not seen any quantitative or qualitative data that show whisky-drinking women will respond positively to this type of branding,” spirits expert and author Heather Greene said in an email, adding: “Women don’t want to be separated into this kind of silo. The trick is include them in on the conversation — and quite frankly this does the opposite.”

How would you invite women to try your product, Ragan/PR Daily readers?