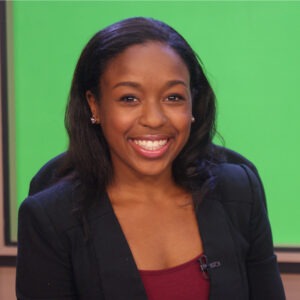 Alexandra Robinson is a speechwriting professional working as a deputy speechwriter for Secretary Marty J. Walsh and Deputy Secretary Julie Su in the U.S. Department of Labor. She also just finished detailing as detailing as associate director of speechwriting for Vice President Kamala Harris. Previously, she was press assistant to the U.S. Senate Majority Leader Chuck E. Schumer and staff assistant for U.S. Senator Corey A. Booker. She also worked as a speechwriter for the Tom Steyer 2020 Presidential Campaign, where she wrote speeches, created talking points and example questions for nationally televised debates and town halls, wrote multiple od-eds for the campaign that were published on CNN, The State and other local newspapers, assisted state communications departments with event needs and talking points, collaborated with advanced and scheduling team to orchestrate successful events on the ground for the candidate and worked with policy team to create informative and impactful policy rollouts.