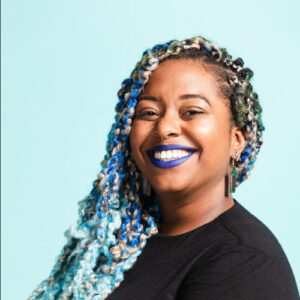 Starting a career in social media strategy by necessity is no easy task. Ashten began as a deejay, and knew that she had to find new ways to create a following for herself. Once she realized she had a gift for staying a couple steps ahead of the next person, she took her social media strategy skills to the Chicago political realm. It was in this function that Ashten began to flourish as a thought leader in her field. In her time, Ashten has been called on by the likes of Clear Channel (now iHeart Media) nationwide to help manage on-air talent communities, as well as held deejay residencies for industry giants like Google, CISC and E3 (Electronic Entertainment Expo). She is an Adobe Creator and currently works at Dropbox where she lends her social media, employer brand, graphic and web design expertise to the Global Employer Brand Team to engage employees and potential candidates with targeted content as a Global Employer Brand Go To Market Lead. She previously worked as the integrated marketing manager, global diversity at Meta and before that as an employer brand social and creative senior project manager at GoDaddy.