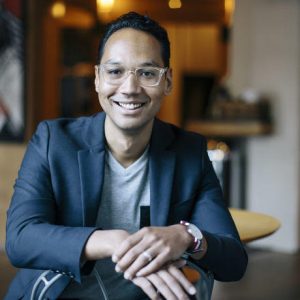 Before joining Will Ferrell’s Funny Or Die as Managing Director and Executive Producer, Brad Jenkins spent four years serving as President Obama’s Associate Director in The White House Office of Public Engagement. From The White House, he brought together creative executives, thought leaders, and some of the world’s biggest stars to advance the President’s agenda—culminating in the Emmy-award winning “Between Two Ferns” interview on the Affordable Care Act. Brad recounts this story in depth in West Wingers: Stories from the Dream Chasers, Change Makers, and Hope Creators Inside the Obama White House, a collection of personal stories by Obama Administration staffers.