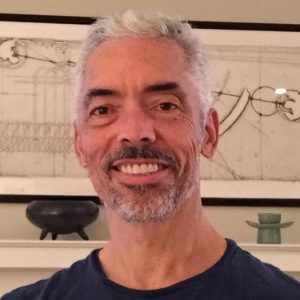 Desson Thomson writes speeches for Charles H. Rivkin, chairman and CEO of the Motion Picture Association of America. Thomson grew up in England, moving to the United States at 17. He attended American University, graduating with a degree in visual communications and cinema studies. He worked for 25 years at The Washington Post, first as a feature writer for the Style section before his longest tenure as the one of the newspaper's longest-serving movie critics. After leaving the Post, he reinvented himself as a speechwriter in the administration of President Barack Obama. He has worked as a speechwriter for the U.S. ambassador to the United Kingdom, the Policy Planning Office of the U.S. Department of State as a speechwriter for Secretary of State Hillary Clinton, an undersecretary of state and the secretary of commerce. A communicator on many levels, Thomson is also a longtime singer and songwriter, as well as a screenwriter and a fiction writer.