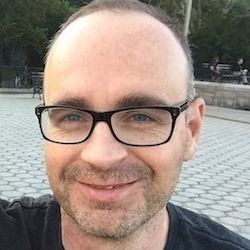 Doyle Murphy is a staff writer for the Riverfront Times. Before moving to St. Louis, he worked for the New York Daily News, where he covered Brooklyn for the newspaper and was a national general assignment reporter for the website. He previously worked at papers in New York's Hudson Valley, Colorado and Arizona. He has appeared on ABC's "20/20" and the Headline News Network. He specializes in longform, investigative stories about true crime.