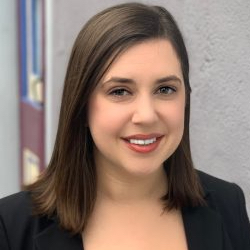 Haley Correll is a storyteller and an audience builder. As the Social Media Manager for the American Red Cross, Correll primarily focuses on social media strategy around disasters and training social media staff across the nation. Before coming to the American Red Cross, she served as the Audience Engagement Editor at NOLA.com | The Times-Picayune, Engagement Producer for The Washington Post, and Director of Editorial Engagement and Tools for American City Business Journals. She currently lives in New Orleans, where spends a lot of time eating beignets with her husband, her daughter and a dog named Daisy.