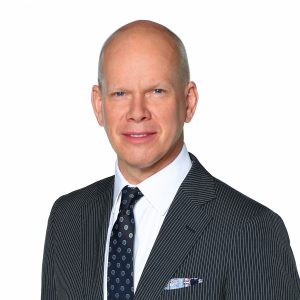 James White joined Lord Abbett in October of 2018 as the firm’s first Head of Diversity & Inclusion where he is tasked with leading the development of a multi-year strategy to establish inclusion as a core value and competitive advantage for the firm.  Implementation of this strategy entails establishing an ongoing, cultural change management process including targeted programs and effective governance in order to yield measurable, impactful results.

White began his career at Merrill Lynch where he spent 15 years in Human Capital Management, working primarily in Talent Management leading various efforts geared toward the development of diverse talent.  In 2010, James joined Credit Suisse as the Human Capital Project Lead for the Investment Bank where he launched Human Capital committees in the Equities, Fixed Income, and Investment Banking Departments. On each committee, James developed Diversity & Inclusion sub-committees to focus on attracting, developing, and retaining diverse talent. In 2012, he joined Credit Suisse’s Americas Diversity & Inclusion team.  In September of 2015, James joined OppenheimerFunds as the firm’s first Head of Diversity & Inclusion where he launched a comprehensive strategy along the four key pillars of:  Talent, Brand, Culture, and Client.  Through his leadership, the firm invested in seven Business Resource Groups and launched a two-year campaign-style unconscious bias training initiative which included classroom training followed by a reinforcement strategy to help embed the learnings into the cultural DNA of the organization.  During James’ time at OppenheimerFunds, the firm was the recipient of numerous related rewards including the Corporate Equality Index Best Place to Work for LGBTQ Equality, Working Mother’s Best Place to work for Multicultural Women, and the Black Women of Influence Corporate Trailblazer Award.