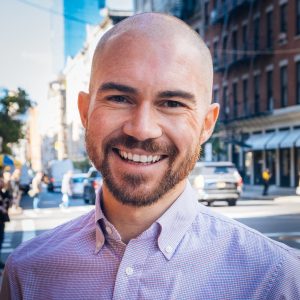 Jason Rahlan is the Director of Social Impact and Philanthropy at Chobani. In this role, he oversees philanthropic investments and grants for the company.  He manages the organization’s nonprofit and public sector partnerships on issue- and policy-related initiatives, advocacy campaigns and natural disaster response efforts. In this work, he partners with senior internal leaders to define goals and priorities and seeks to drive meaningful change at the local, state and national level through an effective use of the company’s voice, profits, and people. Rahlan also co-develops internal wellness initiatives that establish policies of greater inclusion, diversity and equity for Chobani's more than 2,000 employees. Prior to Chobani, Rahlan served as Communications Director for the Human Rights Campaign, as Communications Director for Ambassador Capricia Marshall at the U.S. Department of State, as Press Secretary for Congresswoman Jackie Speier, as Press Aide at the Center for American Progress, and on then-Senator Clinton’s 2008 presidential campaign.