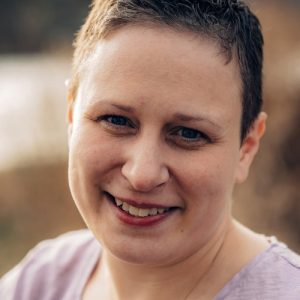 Jeanne Sager (she/her) is the Marketing Manager at Dictionary.com, where she oversees content and product marketing for the reference publishing company, as well as the social media presence across platforms for both Dictionary.com and Thesaurus.com. Along with ensuring a consistent tone that matches the company’s brand voice, Sager launched “Word of the Day” partnerships with NASA, The Girl Scouts, The Weather Channel’s Stephanie Abrams, and CNN’s Jake Tapper, which generated millions of impressions and reached new audiences. She also revamped the company’s customer service model, directed brand relationships with the PR team that lead to more than 50 billion earned media impressions annually and advocates for inclusive language that supports diversity and inclusion efforts. Before becoming the voice of the Dictionary.com Twitter account, Sager worked for Large Media, SheKnows Media, CafeMom  and more. She’s presented at conferences including SXSW and helped create a social media presence that Business Insider called, “One thing that’s undeniably good about being online.”