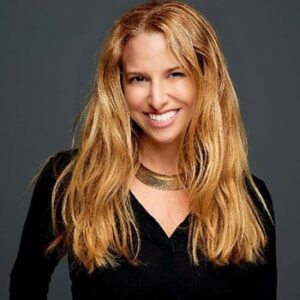 Joanna Popper is a Hollywood and Silicon Valley media executive with experience in TV, Digital, Film and VR/AR. She recently was named Chief Metaverse Officer for Creative Artists Agency (CAA). Before that, she served as the Global Lead for Virtual Reality Location Based Entertainment at Hewlett Packard (HP). She also was the EVP of Media and Marketing at Singularity University, a Google-sponsored NASA-based company that trains leaders on emerging technology, and VP Marketing at NBCUniversal. Joanna developed a TV show partnership with NBC and Singularity University for “The Awesome Show,” a new broadcast TV series on tech and innovation produced by Mark Burnett with host Chris Hardwick. She is advising many immersive computing and digital media companies focused on VR gaming, holograms, haptic touch and video engagement as well as developing VR/AR content in the education and wellness spaces. She has spoken in the US and internationally on VR/AR, the future of media, retail, sports, journalism and diversity in tech. Joanna is on the Coalition for the Women in XR Fund and was selected as one of “50 Women Can Change the World in Media and Entertainment” by Take the Lead Women.