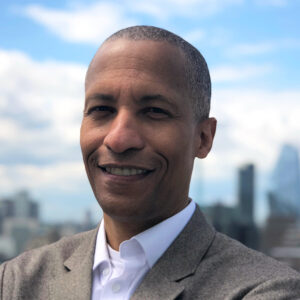 John Simons is an executive editor at TIME, where he oversees U.S. national news, business and technology coverage. Prior to joining TIME, John held several managerial positions at the Wall Street Journal, including deputy health and science editor, international energy editor and deputy bureau chief for the management & careers team. Before his time at the Journal, he was business editor at Newsweek/IBT Media and technology and media editor at The Associated Press.

Earlier in his career, John was a staff writer at Fortune magazine for nearly a decade, where he covered biotech, pharmaceuticals, and technology-related industries. He wrote about a range of other topics at Fortune, including U.S. immigration reform; the insurance industry’s early embrace of climate change; and he won a Salute to Excellence Award from the National Assoc. of Black Journalists in 2007 for a first-person story about taking the first publicly available DNA test that allowed Black Americans to discover genetic links to their African ancestors.

In 2000, he was a Markle Fellow at the New America Foundation, where he focused on technology policy and economic opportunity in the digital age. John got his start as a professional journalist as an economic policy reporter at The Wall Street Journal, and as a senior editor at U.S. News & World Report. He is a graduate of Northeastern University and lives in Montclair, New Jersey with his wife and daughter.