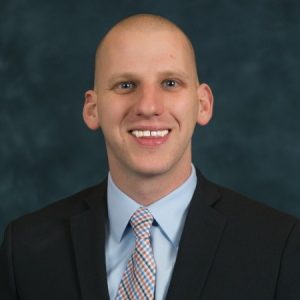 Kevin Saghy is senior director of social media for The Ohio State University, where he is responsible for implementing a social media strategy that furthers engagement and brand building across the university and overseeing a change-management initiative to improve digital communications across a decentralized campus environment. Prior to joining Ohio State, Saghy worked for eight seasons at the Chicago Cubs, most recently as assistant director of communications. Under his leadership, the Cubs’ social media team was nationally recognized for its compelling content, entertaining voice and focus toward personal engagement, including the most total interactions with fans on Twitter among any Major League Baseball club. Prior to joining the Cubs, Saghy worked as an account executive in the corporate practice of Ketchum for clients that included Best Buy’s Geek Squad, FedEx, Dyson, Kellogg Company, State Street Corp. and Ketchum’s visibility teams. Saghy serves as an advisory board member for the Plank Center for Leadership in Public Relations and previously served on the advisory board for Social Media Week Chicago. Saghy has been honored for his volunteer efforts and work in communications, including the Shorty Awards’ Gold Honor in Sports and Overall Platinum Award from the Publicity Club of Chicago for the team’s content strategy during the historic 2016 World Series. Saghy was inducted into the PRSSA Hall of Fame in 2014, recognized as one of the Ten Outstanding Young People of Illinois by the Illinois Jaycees in 2013, received Midtown Educational Foundation’s Volunteer of the Year Award in 2012 and was honored as the Young Professional Mentor of the Year by the Plank Center for Leadership in Public Relations in 2010. Saghy also received PRSA Chicago's Young Professional of the Year Award in 2009.