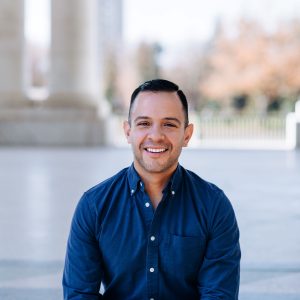 Nick Coy is the Director of Diversity, Equity, and Inclusion at Dutch Bros Coffee - a rapidly growing, privately-held coffee chain out of Grants Pass, Oregon with more than 450 stores in the west and southwest. In his role, he ensures the organization is unlocking the power of diversity by creating equitable environments where all people can bring their full and best selves to work.

He came to Dutch Bros after spending several years at the accounting and consulting firm KPMG where he enhanced the firm's enterprise DEI strategy and supported the development of underrepresented talent to build a pipeline of future leaders.

A native Texan, he has a background in K-12 education and human resources. He began his career as a broadcast journalist working for television stations in the Lubbock, TX and Phoenix markets. He holds a BA in Journalism and Spanish from Texas Tech University, a Masters in Conflict Management and Dispute Resolution from Southern Methodist University, and a Masters in Educational Leadership and Policy Studies from the University of Texas at Arlington. He's a certified HR professional with the Society for Human Resource Management and lives in Denver.