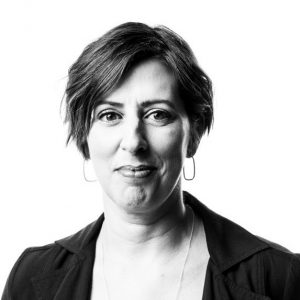 Nicole Christie is a Senior Writer and Producer for Microsoft, where she is the host of the company’s Modern Communications series, a moderator of the monthly Employee Town Hall, and co-host and producer of employee podcast, “Managers 1:1.” Christie returned to Microsoft in 2017 after 12 years as founding principal and creative director of the boutique communications firm NICO, and before that, she was a consultant in the communications practice of Willis Towers Watson’s New York office, managed HR communications at Microsoft, and worked with late Microsoft co-founder Paul Allen’s Vulcan Inc., working with  Vulcan Capital, The Paul G. Allen Family Foundation and the Seattle Seahawks. Christie is a lifelong comedy nerd who trained in and performed improvisational comedy in New York City. She also earns the occasional byline as a freelance writer; her articles and essays have appeared in Fodor’s, The New York Post, The Seattle Times, and the anthology Doing Good for Goodness' Sake.