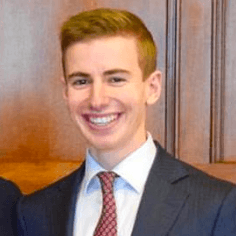 Patrick Kelly was the campaign speechwriter on the JB Pritzker for Governor campaign in Illinois. Prior to his role in the latest election cycle, he served as a deputy speechwriter to both Chicago Mayor Rahm Emanuel and U.S. Commerce Secretary Penny Pritzker in the Obama administration. His speeches have been delivered at every level of American government and around the world, addressing a range of topics from international trade policy to criminal justice reform. Patrick is a graduate of American University, where he was student body president.