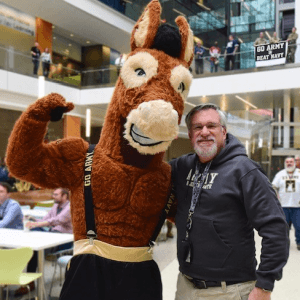 Randy Lee serves as the chief speechwriter for senior leaders at the National Geospatial-Intelligence Agency. For more than 18 years, Randy Lee has been writing speeches for senior U.S. leaders, primarily in national security, but also in healthcare and higher education. He grew up a U.S. foreign service brat in Panama, Taiwan, Ethiopia and Pakistan, before attending West Point, serving in military assignments around the world, and retiring from the Army in 2005.  He has written for Chairman of the Joint Chiefs of Staff Richard Myers, Secretary of Defense Donald Rumsfeld, Georgetown University president John DeGioia, three presidents of the American Medical Association (William Plested, Ronald Davis and Nancy Nielsen), and two Directors of National Intelligence (Dennis Blair and James Clapper).