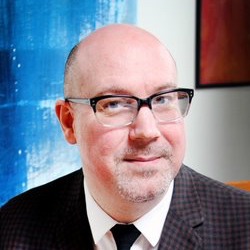 Richard L. Eldredge is a contributing editor at Atlanta magazine. From 1993 to 2009, he contributed to the Atlanta Journal Constitution's (AJC) popular "Peach Buzz" column, serving as head writer from 1996 to 2009 and producing over 4,000 editions of the column. In 2001, he edited "Celestine Sibley, Reporter," a hardback collection of his beloved AJC colleague's best reporting. Over the years, Eldredge has covered everything from the 1996 Summer Olympics to Coretta Scott King's seven-hour televised funeral and the star-studded grand opening of director Tyler Perry's film studios in southwest Atlanta. In 2015, Eldredge was honored by his reportorial peers with The Atlanta Press Club Impact Award for his work with VOX Teen Communications, a 24-year-old nonprofit located in downtown Atlanta.