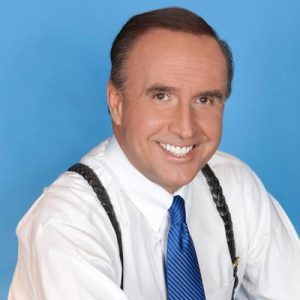 Tony Kovaleski is a chief investigative reporter at Denver7. He joined the station in 2001, adding experience and tenacity to one of the most respected and honored investigative teams in the nation. During his career, Kovaleski has worked for stations in San Francisco/San Jose, California, Eureka, California, Reno, Nevada, Phoenix, Arizona and Houston Texas. His award-winning investigations included an investigative documentary, “33 Minutes to 34 Right,” which changed the way emergency ambulances respond to crises at Denver International Airport; earlier this year he exposed critical failures at a Colorado mental health facility that sparked ongoing investigations by three state and two federal agencies; critical failures with Denver’s 911 system; a series of reports exposing veteran judges abusing taxpayer funds; an investigation that revealed mismanagement at the Colorado Humane Society, causing a new organization to take the leadership reins; a series of critical public safety failures inside the Federal Air Marshal Service; and many more. Kovaleski was the only Denver TV journalist to report from New York City after the 9/11 terrorist attacks and covered Hurricanes Katrina and Rita. He has served as is a faculty member of the National Center for Courts and Media with the University of Nevada's Reynolds School of Journalism and is a member of Investigative Reporters and Editors. Kovaleski has been honored with numerous awards for journalism including the duPont-Columbia Silver Baton, National Edward R. Murrow, Sigma Delta Chi and National Headliner award and National Emmy award. His 32 Emmy Awards (and counting!) include recognition for writing, investigative reporting, live reporting and journalistic enterprise. In 2004, 2006 and 2016 the Colorado Broadcasters Association named Kovaleski the state's “Best Specialty Reporter.” In 1997, the Texas Associated Press named Kovaleski that state's "Reporter of the Year." He has been honored several times since by the Associated Press and the Radio Television Digital News Association. His reporting and investigations have been featured on CNN, ABC's Good Morning America, ABC’s "20/20” and several major national websites.