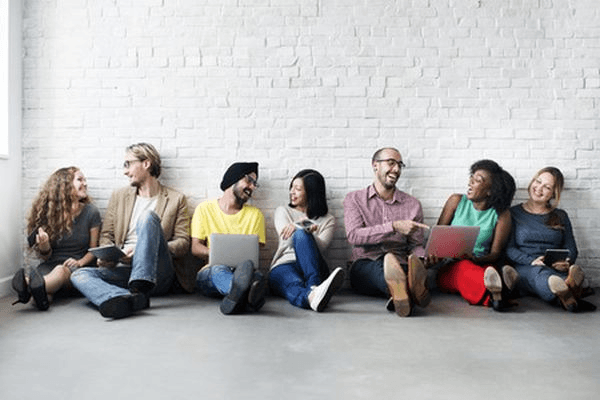 Brand managers are trying to be more inclusive in their PR and marketing messages—including the kinds of images they use.

Shutterstock surveyed more than 1,500 marketers from the United States, United Kingdom and Australia about their use of visuals in content efforts and reported that communicators worldwide think that using more diverse images can boost a brand’s reputation.

Embracing diversity isn’t the only way marketers are trying to connect with consumers: Fifty-seven percent of U.S. marketers said they feature more non-professional models to “represent modern day society.” The majority of U.S. marketers (65 percent) who use non-traditional families in their imagery do so for the same reason.

Shutterstock reported that the majority of U.S. and U.K. marketers (83 percent and 77 percent, respectively) choose to represent today’s societal makeup over prioritizing their brands’ messages when it comes to selecting same-sex couples to feature in campaigns. More than half of Australian marketers (55 percent) reported the same.

When it came to selecting racially diverse models for campaign images, the majority of respondents from the U.S. (75 percent) and U.K. (72 percent) also said representing modern society was more important than brand messaging. Less than half of Australian marketers (41 percent) agreed.

The responses signal that PR and marketing campaigns are striving to become more relatable to target consumers.

Striking a chord with consumers is no longer about serving them images of perfection, as social media has helped to change how people view images. Consumers prefer images that accurately portray the world around them, as opposed to a perfected version of the world offered by marketers.

PR and marketing agencies can also improve diversity beyond the images they select for their campaigns and content: A 2017 BrandLab study reported that non-white communicators make up roughly 6 percent of marketing and advertising organizations.

Having a more diverse staff can help organizations avoid press releases that can be criticized for being tone deaf, such as HBO’s release regarding “Confederate.” It also can help avoid crises that organizations such as Facebook have faced for wording, products or policies that can come across as insensitive or inappropriate.

“The biggest wake-up call that sets this study apart from lots of diversity conversations is that so many participants say diverse life experience makes the difference: how you grew up, your socioeconomic background, whether you traveled, etc.,” said Ketchum partner, chief strategy and creativity officer Karen Strauss.

PR and marketing pros could also benefit from working with members of their target audiences to develop campaign ideas and messages, instead of relying on third-party information and consumer personas.

According to the survey, only 9 percent of creative professionals always work directly with members of their target audiences when developing campaigns or related projects. A near majority of respondents (48 percent) said they never do so, relying instead on third-party research for the ideas that eventually shape their creative work.

How are you working to increase diversity in your messaging, Ragan/PR Daily readers?