Editor’s note: In response to a recent discussion on David Murray’s Shades of Gray blog about IABC’s new strategy, IABC member and regional board member Michael Klein questioned the association’s new practice of having the paid staff—rather than the elected executive board—write the organization’s strategy.

“Previous plans were created by the Executive Board and tasked to the staff to implement,” explained IABC chairman Todd Hattori. “This strategic plan was developed by senior staff based on member feedback, the branding research, and trends in the communication profession. Two key results: increased focus on what is important to our members and how IABC will meet those needs, and increased clarity and buy-in for our staff.”
Klein is not so sanguine. —ed.

For those who are unfamiliar with IABC’s headquarters city of San Francisco, it is best known for not one but two major architectural marvels. The first is the iconic Golden Gate Bridge, a flowing, elegantly simple structure connecting San Francisco to the world. The second is the Transamerica Pyramid, a tall, narrow skyscraper with a lot of bulk at the bottom supporting those with a view at the top.

After reading the “Strategic Goals” and “Objectives” prepared for IABC by the San Francisco-based staff, their intent may be less mysterious than it appears at first glance—they reflect perhaps a bit too little gazing at the Golden Gate, and a more covetous view of the Pyramid as an operational design for IABC’s future—where an endlessly growing membership generates increasingly more dues to support an ever “stronger” staff apparatus.

The fact that IABC’s hired executive director and its volunteer Chairman have admitted that these documents were prepared by IABC staff is perhaps the only bright spot here. Having been a staff member for a nonprofit in the past, I never was given the keys to my organization’s strategy-setting process, and the documentation that is being drip-fed by San Francisco clearly resembles what I would have prepared in those days if I was looking to create a stable, comfortable foundation for my own situation.

This may sound like a cheap shot, but it holds water on two levels. First, by yielding the agenda-setting process to the IABC staff, the volunteer leadership has paved the way for the staff to hardwire their desires—and more insidiously, their assumptions—into the design of these documents.

This orientation towards embedding today’s assumptions into tomorrow’s aspirations is reflected most deeply in the “objectives,” which are almost entirely based on incremental adjustments to current activities, and reflect no apparent questioning of what, how and if IABC should pursue certain activities to the exclusion of others.

The second, and perhaps most galling, element here is that these documents are being presented as a fait accompli, flouting the fact IABC has no meaningful internal check on the power of Association staff to focus on solidifying the San Francisco infrastructure at the expense of effectively serving the members, the chapters, the regions—and, most importantly, creating favorable conditions for the industry which is our livelihood.

As worrisome as the idea of having IABC’s staff comprehensively own the strategy-setting process in principle, what is even more troubling is the mediocrity of many of these objectives and the lack of an apparent vision other than the staff’s apparent pyramid-building ambitions.

Some highlights from the plan:

IABC has 15,000 members. If one factors in every communicator in business and government in the English-speaking world, there are easily 150,000 potential members out there. What’s magical about finding another 1,200 souls? And what would it take to double membership instead of growing it by a measly 8 percent? It may take some new thinking about how we approach membership recruitment and dues structures—new thinking unlikely to be obtained by gazing lovingly at the Transamerica Pyramid.

Twenty percent? We are a global network of 15,000 professional communicators. With an organized campaign, we could easily increase mainstream media mentions by 2000 percent. A sense of urgency, some real-world data (like the research that demonstrates our value that IABC sells instead of releases) and a framework for empowering our members to engage the media could make this kind of effort a reality, but it doesn’t appear to be a priority.

The real disappointments here are the things the strategy, by omission, indicates will not be priorities in the coming three years:

• Re-examining IABC’s cost structure up to and including relocating some or all of IABC’s infrastructural activities to a lower-cost location or one with a more robust base of volunteer-members.

In closing, the “strategic goals and objectives” here are being presented as some kind of a positive for the members of IABC. Yes, I too think IABC should have a stable and functioning infrastructure. But pardon me for thinking that this focus on San Francisco is more than required, and that it’s coming at the expense of IABC assuming its rightful leadership role as an advocate for business communication in the world.

Readers, what do you think? Chime in on MyRagan.com.

Mike Klein is based in Delft, Netherlands. He is a board member of the Netherlands IABC chapter and the IABC Europe-Middle East region, but writes this on his own accord. 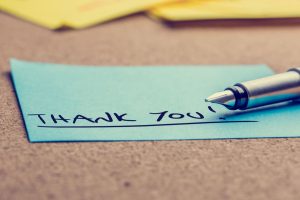 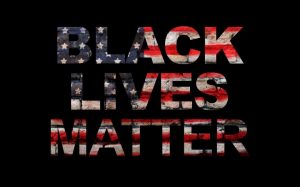 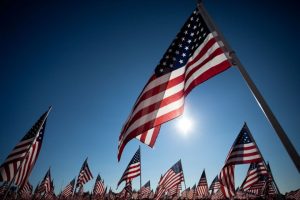 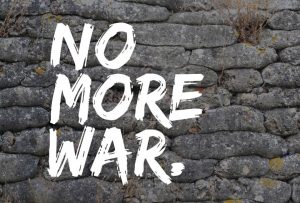