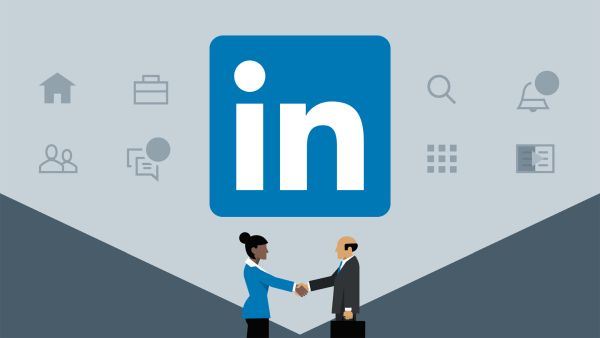 Engagements on LinkedIn have risen exponentially in the last two years.

Our team dove into the data to see which publishers were the most successful on the platform in recent months. The findings can point your LinkedIn content strategy in the right direction.

Since 2015, the growth of shares of the top content on LinkedIn has seen a steady trend upward, with conservative estimates of growth in engagements of four times over the two-year period we looked at, visualized in the graph below: If nothing else, this proves that LinkedIn is becoming a genuine force as a platform where people read and engage with content. As such, it is worth paying attention to which publishers’ content is having the most success on LinkedIn. Here’s what we found:

Who were the top publishers on LinkedIn?

The preeminent publishers on LinkedIn were a bit different than those that dominate other prominent social media platforms.


The New York Times and The Wall Street Journal do make an appearance in the top 10, for instance, but business-centric content seems to be winning the day. During the timeframe we analyzed, Forbes was the top publisher in terms of LinkedIn interaction, with nearly 10 million engagements with its content on the platform. Business Insider also performed well, as did such publications as bizjournals.com and Inc. As for NBC, its LinkedIn interactions are largely driven by its business-focused subsidiary CNBC.

What were the top stories on LinkedIn in 2017?

In the data we mined, LinkedIn’s most viral content focused on workplace issues. Inc., Business Insider, Thrive Global and CNBC dominated the top 10.

The top story, with more than 80,000 engagements, was from Inc. The piece focused on Google’s attempts to create the perfect team, but the post was not necessarily predictive of which content would perform well. The top 10 articles fall roughly into three categories, and all of which tuck under the larger umbrella of “workplace advice.”

The first category of successful content uses the “one thing” theme, which purports to tell the reader something that can add a positive or remove a negative from his or her life. This sort of behavioral advice for the workplace crops up in three of the top 10 articles.

The second grouping relates to job interview advice, which also appears in three of the top 10 stories. These posts offer guidance for answering tricky questions, from “What’s your current salary?” to the dreaded “Where do you see yourself in five years?” Clearly, this sort of helpful, practical advice resonates with LinkedIn’s famously “professional” demographics.

The third category reveals the popularity of “great CEO worship.” Posts that highlight successful CEOs’ routines, habits, emotional intelligence or communication skills often go viral. If you’re ever unsure of what to write about, something about Elon Musk is a safe bet.

Which publishers have the highest average engagement on LinkedIn?

Among the top 20 publishers on LinkedIn, the breakout star in terms of average content engagement is Thrive Global.

The publication’s wellness and workplace content garners more than 2,000 engagements per article, four times higher than any of its nearest rivals. Thrive Global’s interaction dwarfs that of larger competitors, such as The New York Times. The Times’ average engagements across social media for the period we analyzed was 4,916 per post, but on LinkedIn it’s just 113. A household name doesn’t guarantee success on every platform. Of course, certain publications have adopted a content strategy that revolves around LinkedIn. PR Newswire, Thrive Global, Business Wire and Biz Journals receive most of their social media traction via LinkedIn. This is a good reminder to find your niche on social media. Instead of trying to be everything to everyone on every platform, focus on the channels where you can most effectively reach your target audience. Select topics that tend to perform well in certain venues, and deliver the content your audience craves.

• Know your platform. LinkedIn is not like Facebook, Twitter or any other social media platform. The demographics are different, as are the types of posts that tend to perform well.

• Know your competition. Identify and scout out the big players in your field. What are they doing well? Which strategies from the competition can you adopt?

• Know what content works. During the 2017 time period we analyzed, workplace advice and CEO-centric content ruled the roost. Of course, this is always subject to change, so monitor current trends consistently.

• Use social media data to perfect your strategy. Let metrics be your guide. Test different types of content and ways of sharing until you find what resonates with your audience.

Benedict Nicholson is an editorial researcher at NewsWhip. A version of this post first appeared on the NewsWhip blog.