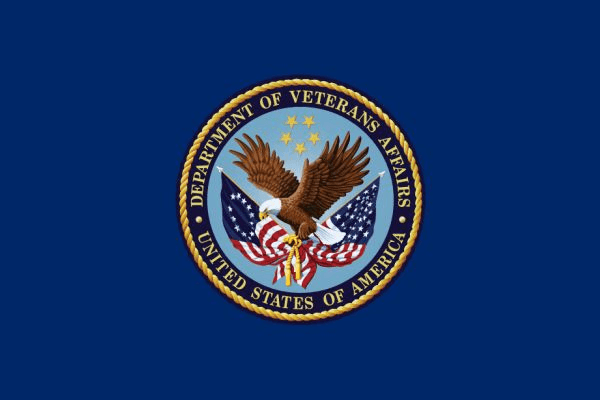 The Department of Veterans Affairs just took another ding.

It hasn’t had good news to share in a long time. After the departure of David Shulkin as its director, along with the withdrawal of Trump’s nominee for his successor—both over fitness and ethical concerns—the VA is now trying to address its latest scandal without a permanent chief.

Add a little social media furor to the mix, and a full-blown scandal seemed inevitable.

When Army veteran Christopher Wilson visited a Utah VA hospital with his father, they were appalled by the state of the exam room.

My son is a Veteran of the United States Army. He went to the #VA in Salt Lake City yesterday. This was the condition of the room he was seen in. Very unprofessional, unsanitary and disrespectful. Please retweet. Maybe @realDonaldTrump will see it. pic.twitter.com/P4CMQeE74t

Those photos rocketed across social media Friday, prompting an apology from the hospital system’s chief of staff and triggering an investigation.

“I figured that they would say, ‘Oh, this room is not clean,’ and take me somewhere else, but they just kind of blew past it, didn’t acknowledge it,” Wilson told CBS affiliate KVFS, adding he was at the clinic for treatment of his ankle.

The hospital struggled to explain why Wilson’s exam room was in such sad condition.

Karen Gribbin, the chief of staff of VA’s Salt Lake health-care system, told KVFS she has launched a probe into the incident and will review procedures with staff.

“I was taken aback by the condition of the room. The patient, Mr. Wilson, should not have been placed in the room in that condition,” Gribbin said, apologizing for the incident.

Wilson’s photos appear to be of a clinic room meant for creating and applying casts and not procedures such as injections, Gribbin told the Deseret News. She struggled to explain why Wilson was placed in the room, and what procedures are in place that detail how and when rooms are cleaned in between patients.

Gribbin attempted to defend the VA system but at first spoke only in generalities.

Gribbin, who oversees all VA medical operations in Utah, eastern Nevada and southeastern Idaho, called the incident a “rare event” and said Wilson was not exposed to blood or bodily fluids from other patients.

But, she said, “I do not want another veteran to experience this.”

Later, Gribbin went back to reporters with a narrative about why the room was in disarray.

[Gribbin] said that staff members were focused on ending the wait for veteran Christopher Wilson when they showed him to the unkempt room April 5.

“They just didn’t see the state of the room,” Gribbin said of the staffers.

“That’s the first thing I noticed when they opened the door,” Wilson said in a telephone interview, “and I don’t believe for a second that [staff] didn’t notice either.”

Communicators should note: A well-intended phone call to a disgruntled patient, especially one with a high-profile voice, can backfire.

[Wilson] said he appreciated Gribbin calling him Saturday morning to apologize but also found that she was making excuses.

“The way she talked on the phone, it seemed like it was more of a covering my a– call,” Wilson said. “She seemed to kind of explain that health care is a messy business sometimes.”

On social media the outrage was rampant:

Is THIS really how we treat our vets? Shame on us… https://t.co/VJQNvnvQwy

Some pointed out that the VA has a long history of dirty facilities:

Others had little time for the VA’s apologies:

This has sadly been going on in VA hospitals for decades, pre Trump, Obama…. and so on. So the blame can be passed to just about all admins since VA hospitals were established. The hospital was lazy. No excuse. The apology was cause they were caught.

Others shared positive experiences at VA hospitals elsewhere, raising questions about the supervision in that particular facility.

I am at the VA hospital here in Houston monthly (ands have been to three others). Never have I seen something like this. The ones I have been in are meticulous. https://t.co/Db9Mepjw7R

How would you advise the VA to respond?