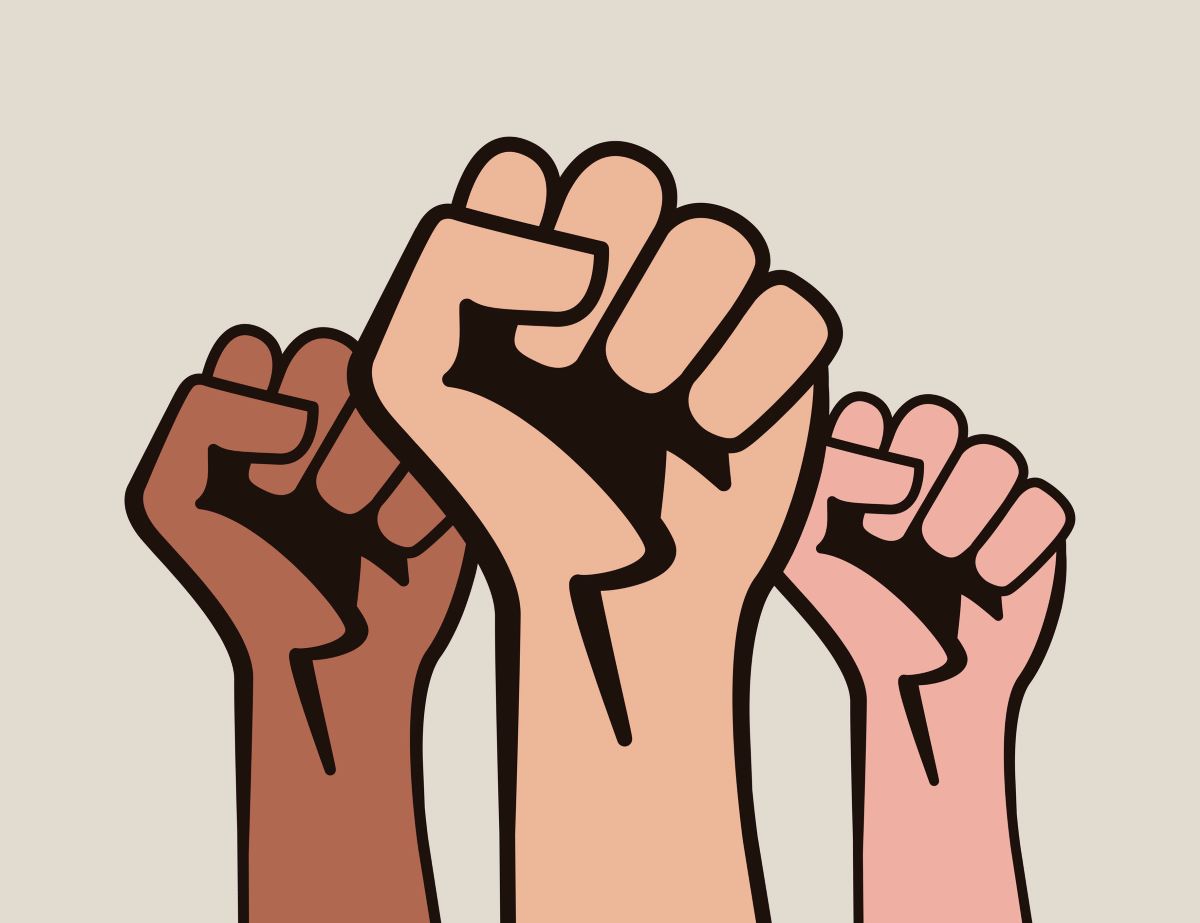 Calls for diversity, equity and inclusion can no longer be ignored.

That doesn’t mean you can simply issue a statement supporting an initiative or creating a task force and go back to the status quo. Instead, organizations are grappling with overhauling programs and fixing where they fall short.

Here’s what four communications experts shared in our recent session, “The Workplace Experience–and Why a Commitment to Diversity, Equity and Inclusion is More Crucial than Ever”: 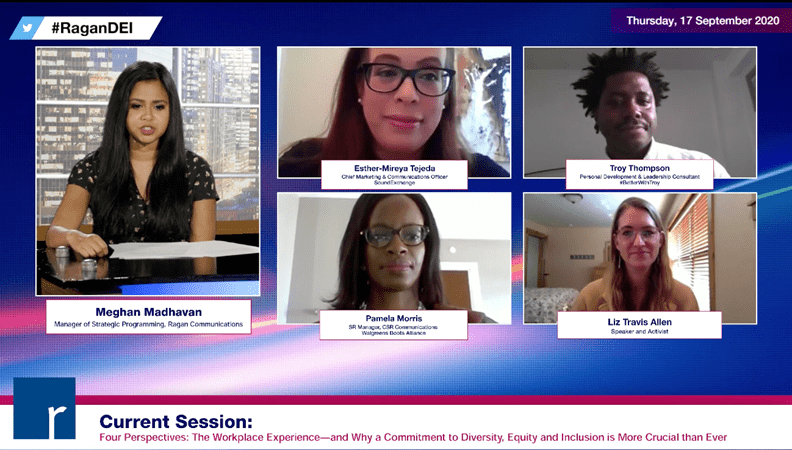 Instead of sending another company-wide memo or crafting the perfect social media profile photo or post, organizations must commit to meaningful goals and complete the actions that will fulfil those goals. This includes hiring and promoting diverse talent, as well as donations and partnerships with social justice organizations.

Though many communicators—especially those part of marginalized groups—are tasked with DE&I efforts, Tejeda said that it’s “a skill, profession and discipline, and needs to be treated as such.”

That doesn’t mean communicators can’t or shouldn’t be involved with these initiatives. Instead, you should push for the resources you need—which not only requires you to have a voice on business decisions, but also the ability to point out where your organization is falling short.

“We need to be deliberate in our asks, and we need to ask more from the companies we work for,” Tejada says.

2. Rally for change—and don’t stop until you get it.

Though DE&I must involve more than the communications department, communicators should push for change. Be the cheerleader and changemaker within your organization by fighting for these efforts.

You also know your organization’s stakeholders and look across departments, so ensure you’re at the table, connecting internal partners and champions as well as highlighting the business case for DE&I. Don’t allow your colleagues or leaders to stop at statements, either. Push for the actions and how much they’ve changed the status quo.

3. Focus on hiring and retention efforts.

Troy Thompson, personal development and leadership consultant, says a huge part of DE&I action comes down to an organization’s talent pipeline and retention, which can both become improved by partnering with direct service organizations such as Management Leadership of Tomorrow and America Needs You.

You can also create employee resource groups that have clear missions and strategies that help your organization achieve an inclusive culture and welcoming environment.

Tejada says succession planning is crucial to helping diverse talent move up the leadership ranks to the C-suite, as well. Don’t stop at hiring, but instead, support employees’ growth throughout their career path within your organization.

“It’s not enough just to recruit people, put them in positions and then weed them out when it’s time to give people seats at the table,” she said.

4. Measure and evaluate your efforts.

You must invest in your DE&I strategies and programs to have real impact, and Morris says that involves putting “your money and resources where your mouth is.”

That also means you should set up your efforts and evaluate them as you would any other important effort. Set realistic goals and objectives that require your organization to stretch, along with evaluation points along the way, so you can see how your work is stacking up and change course as necessary.

“We have to be methodical at this point,” Morris says. “Good wishes and liking people and all that ‘kumbaya stuff’ has gotten us nowhere.”

Don’t forget to integrate DE&I aims into employee surveys and other feedback efforts. Speaker and activist Liz Travis Allen says there aren’t enough disability surveys of most workforces, so the proper accommodations aren’t being made—and those with disabilities don’t feel as if they can come forward to get them.

Along with checking out the Job Accommodation Network, which lists possible arrangements and offerings for employees with disabilities, make sure you’re asking employees what they need and following through on promises given.

5. Show the business imperative of DE&I.

“It’s not a love issue,” Tejada says. “It’s business. What motivates people at the end of the day is revenue, and profit growth, and the success of their business.”

You won’t persuade executives that DE&I goals are crucial to your organization by only pointing out moral imperatives. Instead, show them through data and competitor analysis that the initiatives can increase innovation as well as your market share, strengthen your reputation and bolster your bottom line.

Allen offers a few examples from Accenture’s “Disability Inclusion Advantage” report, which revealed that organizations championing disability rights in the workplace have two times more shareholder value and a 28% revenue increase on average.

6. Prepare for the long game.

Communicators and DE&I professionals should set their sights on long-term strategies instead of short-term efforts and remember to practice self-care along the way. Think of these efforts as a marathon, not a sprint—which means you should pace yourself and ensure you don’t get sidelined partway through.

You also can’t create and execute effective DE&I efforts without support, ideally across your entire organization. Though employee resource and advocacy groups can be great support structures for your workforce, aim to enlist at least a few allies in leadership ranks.

We need allies. Allies are not minorities in these organizations. They are the decision makers. And we need the chairmans, the CEOs, the boards, we need the people with the money to advocate for this agenda as well.

7. Learn the facts, then become an ally.

Thompson says communicators should reach out to experts and members of groups of which you’re aiming to advocate, to get all the facts before presenting your case to executives and other leaders. Research will empower you to speak on their behalf, but Thompson also says not to be afraid of inviting people from underrepresented groups to the table.

Allen agrees and says that acknowledging your own identity and privilege can be a way to open the allyship door.

Tejeda also says the data can be your guide. However, don’t be afraid to speak up as an ally and ask tough questions. Just as learning about individuals and groups of which you’re advocating is crucial, so are the numbers and statistics that can show real business impact.

Allen adds that communicators can also be crucial advocates in the room, so don’t forget to bring up necessary conversations when you’re at the table. That includes reminding colleagues and leadership that disability rights shouldn’t be a side piece of DE&I, but considered part of a thriving workplace culture.

Thompson says that along with joining employee resource groups and finding ways to become and ally within your organization, you can do your part by sharing resumés of diverse professionals within your network and from your university, pushing for HR and other departments to look at them.

“Be the change from within,” Thompson says. 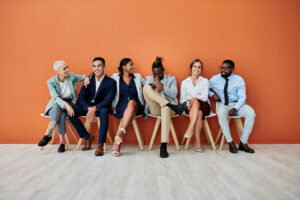 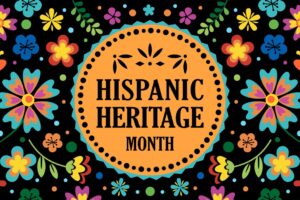 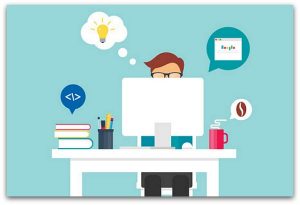 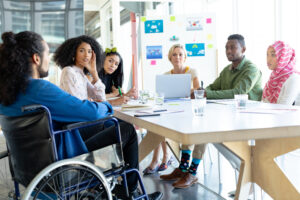 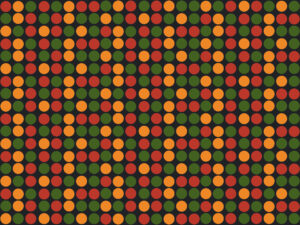