Exercise is good for the heart, but health officials in the Australian state of Victoria noticed a troubling trend in 2011: a significant number of cardiac arrest events in sporting clubs, three of which ended in death. To save lives, the cross-media PR agency Keep Left teamed up with a local first aid provider to equip sports clubs with heart defibrillators—and won first place in the Best Community/Nonprofit Partnership category of PR Daily’s 2013 Nonprofit PR Awards.

St John Ambulance Victoria, a charity that’s the leading provider of first aid services across the state, identified some 2,300 sporting clubs involved in vigorous sports that urgently needed a defibrillator in order to avoid more preventable deaths. Keep Left worked with them to make 100 defibrillator units available to clubs for free in hopes of avoiding further tragedies.

Keep Left launched the Heart Start campaign with a press conference in February 2012 that generated more than 700 applications for a free defibrillator. Following the initial launch, Keep Left profiled 10 sporting clubs that had applied for the program, and pitched interviews with key club representatives to regional and suburban print and radio media.

Once 100 clubs were selected to receive defibrillators, Keep Left worked to profile 15 of the clubs in their local media outlets. In addition, St John Ambulance Victoria also made additional defibrillators available to clubs at a subsidized rate, resulting in 338 more defibrillators being issued.

Best of all, no deaths from cardiac arrest at sporting clubs in Victoria were reported during the 2012 winter sports season. That’s an accomplishment that staff members Caroline Siler, Sarah Sinnott, and Tabitha Mathew can be truly proud of. 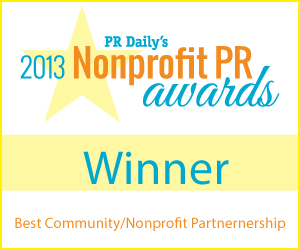