On April 5, 2012, Jeff Long, the University of Arkansas’ vice chancellor for intercollegiate athletics and athletic director, faced a tough situation.

His football coach, Bobby Petrino, got into a near-fatal motorcycle crash. He initially told Long and the media that he was by himself, but a police report later revealed that 25-year-old Jessica Dorrell was with him. Petrino, who was married, had hired her as a member of his football staff.

Public sentiment was initially in Petrino’s corner: In two days, more than 17,000 individuals joined a “Save Bobby Petrino!” Facebook site.

How the University of Arkansas’ Office of University Relations responded to the crisis earned the school top honors in the Best Crisis Management category of PR Daily’s 2013 Nonprofit PR Awards.

On April 5, after learning of Dorrell’s involvement, Long and his communications advisers scheduled a news conference to address this breaking story. Long and his advisers made a strategic decision to not use a written statement. Instead, Long spoke extemporaneously about the situation and announced he was suspending Petrino pending an investigation. He also answered reporters’ questions.

Five days later, on April 10, Long announced on national TV the findings of the investigation and that Petrino would be fired immediately. It was revealed that Petrino had an affair with Dorrell and gave her $20,000 in cash.

“Our expectations of character and integrity in our employees can be no less than what we expect of our students,” Long emphasized.

News media in Arkansas and nationwide praised Long’s leadership and handling of the situation.

An independent statewide public opinion poll found that 84 percent of respondents agreed with Long’s decision, and a national foundation donated a combined $1.25 million to the university’s athletics program in recognition of Long’s “courageous leadership.” 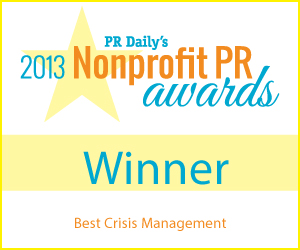