Many children in the United States know without question that they will attend college someday.

But there are also many children who, due to their families’ financial situations, will never be able to.

The campaign took place on Tiger Woods’ Facebook page. People around the world could contribute as much or as little as they wanted, with a minimum donation of $1. Woods matched each donation dollar for dollar.

To keep up the campaign’s momentum, each week the Foundation awarded a prize to the highest fundraiser. Prizes included signed memorabilia and a phone call with Woods. The grand prize winner won a spot at the 2012 AT&T National in Washington, D.C., and a private putting lesson with Woods.

There were also minicampaigns within the six-week period. Here is an example Facebook update: “Whoever raises the most money in the next 24 hours will receive a personal phone call from Tiger.”

To further publicize the campaign, the Foundation asked numerous athletes and celebrities to spread the word, including Darius Rucker, MC Hammer, and Blake Griffin. It also pitched various media outlets.

Donations came in from 15 countries, and 75 percent of the donations were $20 or less, making the $100,000 total even more significant. Combining social media, online, and traditional media coverage, the campaign received 1 billion impressions. 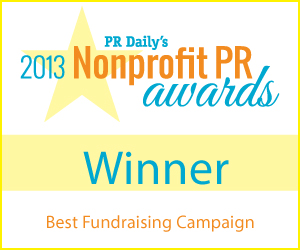