Orchard Strategies did all of the above and crafted a successful press release on behalf of client Family Resource Center (FRC).

The firm pulled together inspiring examples of love, including stories of public adoption made possible by FRC, in a bilingual press release, which won the prize for Best Press Release in PR Daily’s 2013 Nonprofit PR Awards.

When putting together a publicity campaign last November to coincide with National Adoption Month, Orchard showed reporters the benefits of adoption through stories. Remember that? Showing not telling? It worked—big time.

After consulting with FRC, Orchard developed a press release in English and Spanish that included public adoption facts and stories of family strength through public adoption examples.

One story was about a single mother who adopted five children (all siblings) so the children would not be separated in foster care. Another involved a woman who fostered more than 90 children in her lifetime, and adopted a few of the most vulnerable children she cared for.

The campaign was picked up as a cover story in the Miami Herald, a feature on Fox News’ “Parent to Parent” show (online and televised), and a segment on “The Ricki Lake Show.” 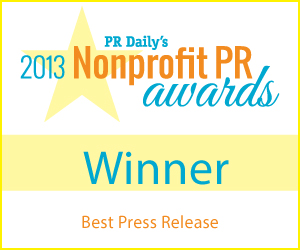