PAL’s Facebook content includes updates about pet ownership news, fan-submitted photos, and questions to encourage fan engagement. Additionally, a “Call to Action” custom application was created to encourage fans to take a pledge to either adopt a pet, volunteer at a shelter, or capture and share a picture of an adoptable pet.

PAL also launched a “Help a Shelter Out” contest that encouraged fans to earn cash prizes for their local shelter. PAL’s creative use of Facebook doesn’t stop there. The campaign created a contest for pet owners to submit poems about pets.

To build engagement, PAL paired with celebrities like Lauren Conrad, TV personality and fashion designer, and Alison Sweeney, host of the popular television show “The Biggest Loser.” The mix of celebrity endorsements and timely content resulted in 7,245 clicks on important links on Twitter and more than 6,000,000 impressions.

Social media has greatly helped PAL share its pet adoption message, no bones about it. 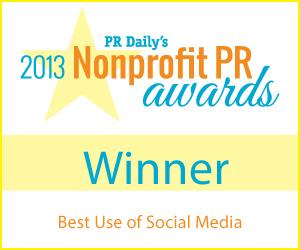