Rap songs that are part of educational campaigns tend to have a bad … well, rap. But what if an organization actually hired some pros to make one that really worked?

That’s what Mid Georgia Ambulance did, teaming up with local rapper Floco Torres and producer Garrett “G-Man” Fantastic to create a music video about CPR that isn’t just informative, but also has a really good song. The collaboration makes the video the winner of the Best Video/Podcast category in PR Daily’s 2013 Nonprofit PR Awards.

The rapper and producer worked with Mid Georgia Ambulance producer Amy Abel-Kiker and director Tabitha Lynne Walker to produce the video, which instructs viewers in the basics of CPR. The video is climbing toward 1,000 YouTube views.

Mid Georgia Ambulance even wrote a rap song about its rap-song video. Part of it goes like this:

We want to teach the public
about how to feel empowered
and how to help someone
and not be a coward;

That’s why we created Hand 2 Heart CPR.
We wanted to make it easy;
we wanted to spread the word about compression-based CPR
without being too cheesy. 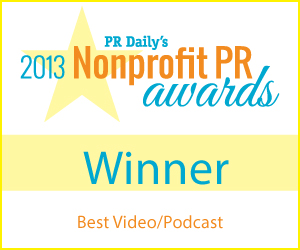