The partnership grew out of Kaiser’s Every Body Walk! campaign, a public awareness effort that aims to help adults improve their health by walking 30 minutes per day, five days a week. That regimen can be a hard sell, not only in Los Angeles but in cities nationwide shaped by decades of urban sprawl that have turned the once-commonplace act of walking from home to work or to errands on Main Street into a thing of the past. The experts say our bodies don’t like it. Idleness and inertia have created lifestyles so sedentary they have given way to a pandemic of conditions caused or enabled by immobility—diabetes, heart conditions, high blood pressure, depression, asthma, and some cancers. These illnesses are responsible for 50 percent of all health care dollars spent in the United States.

In the face of this, Kaiser sought out KCET, a community partner committed to programming for the public good. It licensed footage from its 150 short-running films about walking to the station free of charge, enabling its message to reach more than 50 million U.S. households via the station and its national satellite affiliate LinkTV.

“City Walk” aired from May through November 2013 and remains available at kcet.org/citywalk and on Hulu, an online channel aggregator owned by the studios. Select segments are also available on everybodywalk.org.

Kaiser Permanente garners PR Daily’s 2014 Nonprofit PR Award for Best Community-Nonprofit Partnership because of the way it reached a large, national audience on a budget of zero and tapped a valuable community partner to promote solutions to a public health crisis. 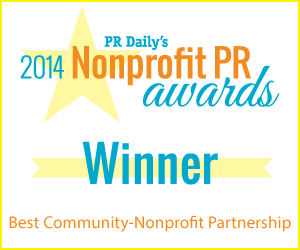