For years now, Johns Hopkins Medicine, in Baltimore, has raised millions of dollars to support the United Way of Central Maryland and seen its charitable giving reach organizations in a number of surrounding counties. This past year, Johns Hopkins’ leaders decided to take fundraising up a notch, with the goal of a 3 percent increase over last year’s donations.

They achieved their goal, bringing in nearly $1.75 million. The boost in giving was tied to Johns Hopkins Medicine’s strategic plan to inspire more community engagement and outreach, and was ultimately successful because of the way the organization created buy-in among its more than 40,000 employees. These potential donors were educated about the benefits of giving to the United Way and encouraged to play a more active role in choosing where their money would go by selecting a specific United Way initiative or an organization of their choice. An online platform made pretax giving easier.

During the two-month campaign, Johns Hopkins’ leaders sponsored a variety of activities such as a leadership breakfast, food truck frenzy, and silent auction to encourage staff to give and to raise awareness about the United Way. Internal communications vehicles were revved up to the campaign through broadcast emails, posters, plasma screens, a website, and more. Employees also were asked to consider giving of their time to help those in need. Johns Hopkins organized Project Homeless Connect, a one-day event where approximately 2,000 homeless individuals from Baltimore received services ranging from haircuts to medical and dental care from 100 Johns Hopkins volunteers. 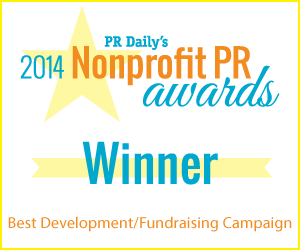