Named Alizila (conveying the idea that it provides the A-to-Z of information about the company), the newsroom serves three goals: being the authoritative source of what’s happening in the company, informing and driving accurate media coverage and supporting business development and growth.

The team of journalists assigned to the newsroom treat it like a beat; they’re embedded in the company’s news center with direct access to company newsmakers. One use for the site is supporting announcements. When the company signed a partnership with Starbucks, for example, Alizila posted the details of the deal along with a research piece about Chinese coffee consumption, an interview with Starbucks’ CEO, a video tour of a Starbucks roastery in Shanghai and visual assets for media to run in their stories.

The site makes media outreach easier when Alizila produced assets can bring a story to life. One example: When the company launched a new grocery concept, the team produced a video explainer that helped drive media coverage, resulting in 4.7 million organic views on Facebook. The newsroom team also knows to go to executives for responses to issues or crises.

The results are impressive, both in terms of media pickup and organic views. 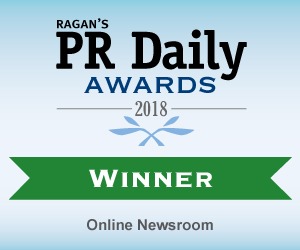