The website of the Missouri Department of Transportation (MoDOT) had not undergone a redesign in a decade. Designed to be static when it was created, it  failed to meet the growing needs and expectations of customers, many of whom needed to access it on a mobile device. It was clear a redesign was necessary, and the result has won first place in the “Website” category of Ragan’s 2018 PR Daily Awards.

Working with Portland Webworks, MoDOT started with research. A user survey and a review of Google Analytics helped identify how people wanted to use the site and the content they sought most often. For the redesign and migration, MoDOT formed a team from its central office and each region of the state.

The team gathered ideas and met to finalize site design and layout. It settled on Drupal, an open source content management system, as the foundation of the site. The site was designed not only to meet the needs of an increasingly mobile audience, but also to streamline the process of updating the site to make life easier for staff members.

To that end, pages on the site were built using reusable components. For instance, a contributor adding a text element selects the “Text Element” feature from the menu. The new feature has resulted in mobile bounce rates dropping to single digits. 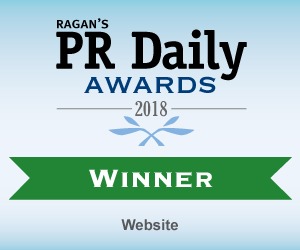