There are certain things readers expect from a blog called the “Pulse of Vegas”: restaurant recommendations, news about the fanciest new hotel rooms, the scoop on upcoming concerts. Caesars Entertainment, which operates Pulse of Vegas as the blog home of its nine Las Vegas hotel/casinos, goes beyond that, to what some might call silly territory.

For example, the blog offers some tongue-in-cheek tips for what you might like to do with your hotel shower cap if you’re not interested in wearing it on your head. Posts include charts that replicate the thought processes of Las Vegas visitors . And readers may occasionally get April fooled.

The blog’s clever mix of what its top banner calls “news, deals, nonsense” is what made it the winner of PR Daily’s Digital PR & Social Media Award for Best Blog.

How were the content creators at Caesars able to create a blog with such a snarky tone? For the first few years of its existence, none of the executives really knew about it. The content team banked up nearly 100 posts before the blog even went live to the public.

By the time executives did catch a whiff of the blog’s existence, they couldn’t say no to it, even if they weren’t particularly happy with a post poking a little fun at a parade of horses coming down The Strip for singer Shania Twain or, worse yet, a post mentioning a competitor! The numbers were just too persuasive.

The blog attracts 80,000 unique visitors per month and boasts a bounce rate of only 4 percent, which means posts are extra “sticky.” Once visitors read one post on the site, they read another post. And then another.

Celebrities such as chef Gordon Ramsay, magician Penn Jillette, and Charlie Sheen have shared Pulse of Vegas’ posts, attracting tens of thousands of their Twitter followers to the site.

More important to the folks in charge: Caesars can link 14,000 nights booked at hotels to the blog’s influence. 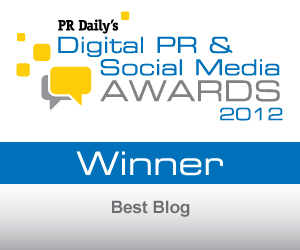