Most of the world’s maple syrup comes from Canada, about 80 percent of it, in fact. Which made it all the more curious that online searches for syrup almost never pointed people who were looking for some pancake topping or waffle sauce to the Federation of Quebec Maple Syrup Producers.

The organization had a great website, but not too many people were actually getting to see it. Public relations and marketing firm CRT/tanaka analyzed the site and found that the content simply wasn’t optimized to draw in people searching via Google and other search engines.

The agency took two months to resolve that problem, and in doing so earned PR Daily’s PR & Social Media Award for Best Use of SEO.

CRT/tanaka opted to go beyond general terms such as “maple syrup.” Other companies had already invested too much in winning the top results on those search terms. Instead, the agency targeted specific terms it identified as having a high search volume and low competition. Those included “maple recipes Canada,” “maple syrup nutrition,” and “pure Canadian maple syrup.”

Not only did that help put the Federation near the top of the results for certain searches, it also helped get its message out that syrup is a healthy alternative to sugar and is great for cooking.

Over the course of two months in early 2011, the agency completely overhauled the site, from the content to navigation to social sharing. Page titles, headlines, and page descriptions all changed, and the site was relaunched on March 1, 2011.

The results were explosive. Visits increased by a factor of nearly four, page views increased 514 percent, and visits from Google searches were nearly six times as high as the year prior. Plus, the Federation now sits atop the Google search results for 50 search terms. 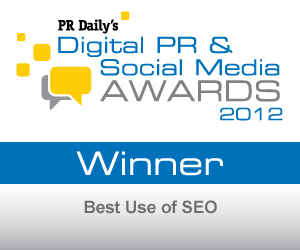