As the U.S. approaches the anniversary of the murder of George Floyd—an event that sparked a wave of protest and recommitment to DE&I efforts in corporate America—the reality for those who have recently joined the fight for equality is sinking in.

This is a generational fight that requires persistence and a willingness to refuse easy resolutions that paper over deep wounds. Your organization’s drive to bring equity and inclusion to every aspect of its operations will be a process that takes years. It’s a journey without a final destination, as each bit of progress reveals new frontiers where advocates can push for justice.

That might be an unwelcome truth for some members of the coalition that pushed for change in the summer of 2020. According to data form Glassdoor, there is a perception gap between white and Black employees. Workers of color rate DE&I efforts at there company 3.49 stars (out of five) compared to white workers who rate DE&I efforts at 3.74 stars.

What’s more, the demographic weight of the white employee population—being overrepresented—means that their views on DE&I progress might be skewing efforts to see the full picture within the organization. 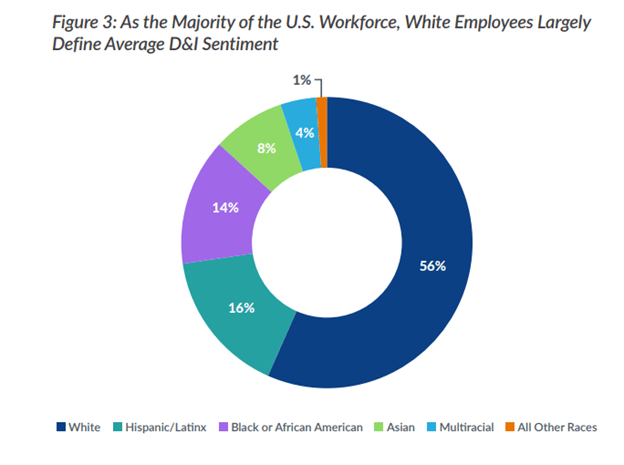 The need for white allyship

Without investment and buy in from white allies—particularly white leaders—DE&I initiatives are unlikely to succeed in creating real change. However, with the right messages, it is possible to get people who might otherwise stay on the sidelines to speak up about things that they are seeing and contribute to an organizational effort to improve inclusivity and equality in the workplace.

Allyship is a focal point for Lee Rubin, a leader of diversity, inclusion and belonging at Citrix, and a panelist for Ragan’s Diversity, Equity & Inclusion virtual conference May 19. In his role, he helps foster the development of Citrix’s 10 employee resource groups (ERGs) that serve employees who identify as Black, Latino/a, LGBTQ, and more, as well as groups for emerging professionals, working parents, women in the workplace, and more. 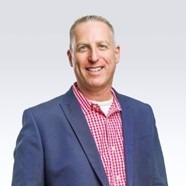 Rubin says that 30% of the 10,000-strong workforce at Citrix participate in an ESG, and participation has grown as employees have looked to join groups as allies—not just because of a shared identity.

“At Citrix, people are looking for ways to get involved,” Rubin says. The death of George Floyd and subsequent revelations for many that colleagues felt marginalized in the workplace were a clarion call for a values-driven workforce.

“We have a value system at Citrix and it really focuses around respect,” he says. “I think it really upset people when they realized that there was a subset of employees that felt marginalized.”

One way that white employees and leaders can be allies is to not force Black colleagues to educate and explain the history of racism and oppression that they experience to allies.

“One of the hardest things that we’ve had to learn is it’s not up to the marginalized group or the underrepresented group to educate you,” Rubin says.

Organizations can use their ERG groups as essential resources to help offer opportunities for education. You could bring opportunities for people to learn by bringing in speakers or host cultural heritage month celebrations, Rubin says, “but the onus is really on you to do the work.” He emphasizes: “If you’re going to be an ally, you have to be willing to put the work in to learn about identities that are different than your own.”

When looking at the actions that Citrix’s white allies can take to foster inclusion in the workplace, Rubin points to three items:

Lending your voice vs. taking up space

Rubin is an interesting figure as a DE&I professional. He’s a white man, in his early 50s—an appearance that comes with a certain amount of privilege. Yet, he also has identities that are less visible to the naked eye—he’s Jewish, openly gay with a husband of many years. These experiences help him understand the complexity of identity and how that can play out in the workplace.

He says he tries to use his privilege when it’s helpful—lend a voice to those who need help being heard—but also have understanding for the many ways identity can show up in an employee.

“I think one of the most interesting things as I’ve been doing this work is how people choose to disclose their identities,” he says. He gives the example of how one of the leaders of the Black employee resource group at Citrix has become a leader against anti-Asian bigotry as her identity includes both backgrounds.

To help employees feel comfortable to show up to work proud of the many multifaceted and intersectional ways that identity works in the American melting pot, Rubin looks to cultural celebrations.

“One of the cornerstones of our ERG program is cultural heritage month celebration,” he says, such as Black History Month or Women’s History Month. And before, only those who identified with a certain background or heritage might show up, but as ERG participation has grown and allyship has increased within the company, cultural celebrations are seeing much more participation from workers throughout the organization.

“Part of it is giving opportunities for folks to learn about other identity,” Rubin says. “And this idea that people share multiple identities is really important.”

Learn more about how to drive DE&I transformation within your organization by attending Ragan’s Diversity, Equity & Inclusion virtual conference May 19.