Nonprofit communication is all about inspiring action.

Augmented and virtual reality can create visceral experiences that enable donors to see the world in a different way—in a tangible manner that seems close enough to touch.

Imagine you run a breakfast program for underprivileged students. How do you engage a donor into a student’s breakfast without awkwardly sensationalizing the experience or turning it into a dog and pony show? Virtual reality becomes the answer. With VR, you can give a donor a firsthand experience of what it’s like and how it’s experienced without breaking the “fourth wall” for program recipients. That’s powerful for everyone.

Want to see it in action? Here are 12 examples of nonprofits using augmented reality (AR) and virtual reality (VR) to raise money and awareness. If you know of others, please add them in the comments.

The National Health Service created a billboard showing a patient needing blood donations. Pedestrians received stickers to put on their arms, and when they hovered a smartphone over the sticker, it showed them donating blood. The billboard then showed the patient getting better and personally thanking the donor. 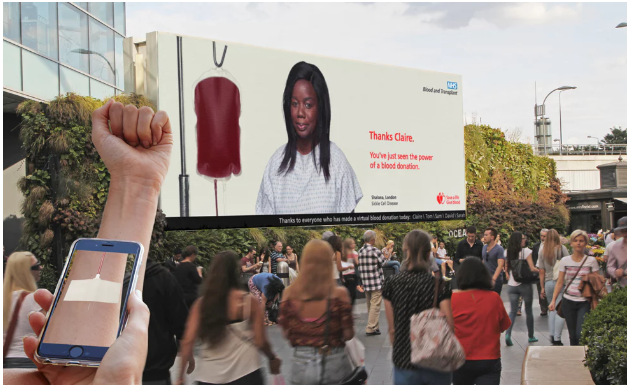 A Dutch nonprofit called The Dolphin Swim Club uses underwater VR goggles to enable people with disabilities to virtually swim with dolphins in their community pool as a form of therapy.

“Some 82 percent of our clients feel relaxed by seeing the films,” said the organization’s policy adviser, Johan Elbers. “It takes them away from the world they are in, they enter a new world in another mindset, think differently, feel differently, see differently and relax completely.” 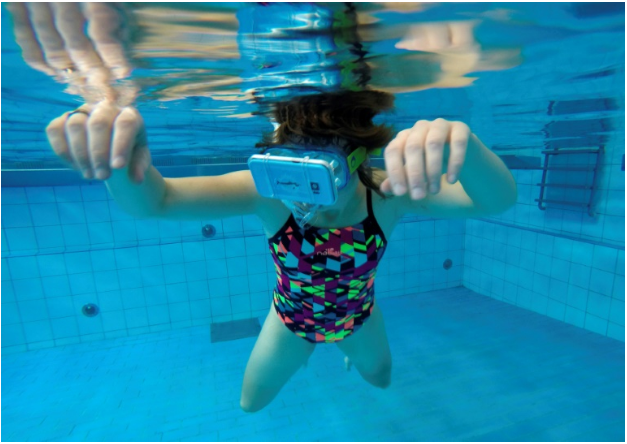 Muncie Animal Care Shelter in Indiana captured the hype of Pokemon Go by enabling Pokémon Go players to walk shelter dogs while playing the game. The campaign resulted in the adoptions of six dogs. 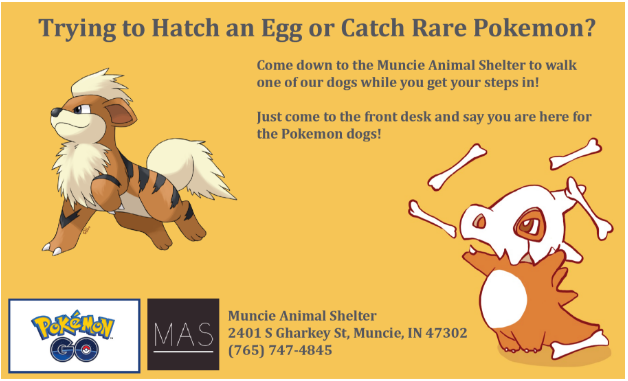 Museums are using AR to create a more immersive experience for visitors. Visitors can download an app and hold their phone or tablet up to an exhibit to receive more information about it. Here’s a life-size 3D model of a gladiator school being augmented onto a field:

6. The Hydrous uses VR to connect people to ocean life.

The Hydrous, a nonprofit with a mission to create open access to oceans, uses VR to simulate ocean excursions. Viewers can see what it’s like to dive and interact with marine life.

The Hydrous also partnered with Google to make its dives accessible through Google Earth.

Paper Triangles teamed up with Los Angeles Industry Gallery to create a unique augmented reality experience for gallery visitors, with proceeds going to The Hydrous.

The Consumer Technology Association created an augmented reality scavenger hunt at a conference to encourage attendees to visit more exhibits. The association placed beacons (short-range, low-energy transmitters that cost about $20 each) around a showroom. Attendees who downloaded the app competed to become one of the first three players to collect all the beacon badges to win a digital camera.

In Buenos Aires, the city government offered pedestrians a chance to play an AR game to help increase recycling awareness. The game projected people walking by onto a huge screen; if they faced the screen, a giant yellow recycling bin appeared on their heads. Pedestrians were then challenged to “catch” recyclables falling from the sky into their recycling bins. The game promoted the city’s initiative to become waste-free.

10. The Royal Opera House brings in new audiences with a virtual reality ‘Nutcracker.’

The Royal Opera House in London created a VR video to enable people to experience “The Nutcracker” behind the scenes. The video featured dancers practicing, sets being built and a glimpse into backstage preparation.

After the VR piece was published, it received more than 3,000 “likes” on Facebook and more than 230,000 views on YouTube.

Charity: Water created an immersive 360-degree video that shows the arduous trek a 13-year-old Ethiopian girl must make to get water for her family every day.

The video was shared at its gala and inspired attendees to give nearly $2.5 million toward clean water projects.

The United Nations created a VR about a Syrian refugee in Jordan. The UN showed it to donors at a fundraising conference and nearly doubled the amount of money the organization expected to take in: $3.8 billion. You can experience the VR documentary here.