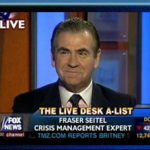 And Joe Biden provided, well … at least he didn’t mess anything up.

So the challenge for Barack Obama was to provide the specifics as to what he would do, how he would do it, and why his opponents should be denied the opportunity at last night’s Democratic National Convention.

With three days of non-stop positives about the auto industry comeback, financial system bounce back, and Osama bin Laden on-his-back—the stage was set for a gifted orator to drop the hammer on a not-so-gifted challenger, who a week earlier failed to provide the same necessary specifics on his own plan.

Obama didn’t need to convince anyone about his rhetorical delivery skills; this was a moment for content and substance.

The president did well, but not well enough for a knockout.

Obama began promisingly by wading right into the “two fundamentally different visions for the future” that define this election.