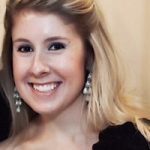 As a speechwriter, there’s a good chance you’ve wondered what it would be like to write speeches for the president of the United States.

At Ragan’s 2014 Speechwriters and Executive Communicators Conference, Jon Favreau, President Obama’s former speechwriter, offered a glimpse into what that was like:

“I’d send the president the draft, and one of two things would happen. Either the speech would come back completely marked up with edits in black pen, or it would come back with no marks whatsoever and a note that said, ‘Let’s talk,’ which did not mean that he wanted to personally congratulate me on how awesome the speech really was,” Favreau revealed.

Along with behind-the-scenes stories like this, Favreau shared three lessons he learned while serving eight years as Obama’s speechwriter. No matter what industry you write for, his tips will help you craft stronger, more memorable prose.

1. Remember that the story is more important than the words.

Like all communicators, political speechwriters are always looking for ways to make their speeches break through the noise, Favreau explained. Because of this, many speechwriters begin writing by asking themselves, “What’s the snappy sound bite?”