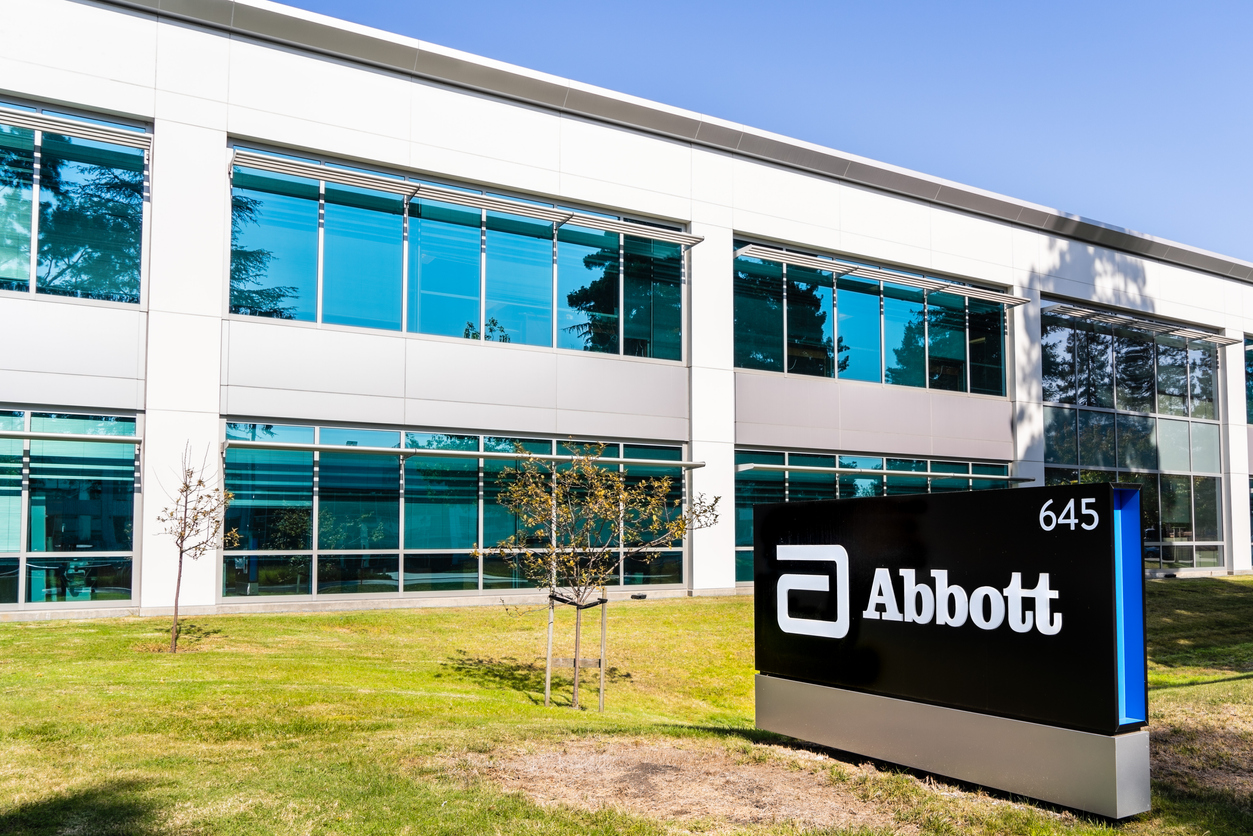 Some of the thorniest questions professional communicators face are posed by a corporate apology.

Among the Five Ws, consider the “Who?” and “When?” in the apology by Abbott Laboratories Chairman and CEO Robert Ford for his company’s role in a nationwide shortage of infant formula. He expressed his regret in May, three months after parents started scrambling to feed their babies following a product recall and shutdown of a key Abbott plant due to safety concerns.

“We’re sorry to every family we’ve let down since our voluntary recall exacerbated our nation’s baby formula shortage,” he wrote in an opinion piece in The Washington Post published May 21, 2022.

The carefully crafted apology was widely picked up by other news media. However, by that time the shortage and Abbott had become nearly synonymous. The medical products company also faced criticism by members of Congress and questions about when its executive knew about safety lapses at its Michigan plant near the Indiana border. Persistent inquiries about the Food and Drug Administration’s fumbled response helped feed stories about the shortage and Abbott’s role in in it.

Abbott missed an opportunity when Ford didn’t show empathy from the start. One of the first rules of crisis communications is to quickly take responsibility — and apologize, when appropriate — especially when the crisis involves a company’s core function, like product safety.

“Speed signals sincerity and dispels the idea that executives feel uncertainty or ambiguity about their responsibility,” professors Maurice Schweitzer, Alison Wood Brooks and Adam Galinsky wrote in a 2015 article in the Harvard Business Review.

“It’s crucial for the CEO to personally convey sorrow, responsibility and empathy early on if the crisis involves the brand’s core stated values — such as the health of babies,” said Nick Lanyi, an affiliate consultant with Ragan Consulting Group who specializes in crisis communications.

In a statement responding to written questions, an Abbott spokesman seemingly downplayed the importance of the public apology that Ford eventually made.

“We sometimes communicate with our customers and the public through mass media, but especially on sensitive topics, we also value our direct communication with parents, caregivers and healthcare providers,” the statement reads. “Those sincere expressions of regret and empathy took the form of thousands of phone calls and one-on-one conversations with parents” and others.

The company also expressed those sentiments through “videos and social media updates, congressional testimony, interactions with reporters” and other methods, according to the statement.

(You can read Abbott’s complete statement at the end of this story.)

Abbott, with 2021 revenue of $43.1 billion, is understandably reluctant to apologize for its safety procedures or the need for the recall. No connection has been established between a bacterial contamination of its products and the illnesses of five infants as of June 23, 2022, including three deaths.

Yet Ford waited months to ask for forgiveness for the one thing he would apologize for, and eventually did: Abbott’s role in causing the nationwide shortage of formula.

Abbott re-opened the facility on June 4, 2022, only to close it in the middle of the month because of flood and storm damage. It restarted production July 1.

Product recalls test the skills of many corporate functions, from manufacturing and logistics to leadership and legal. But accurate and sensitive communications to all stakeholders can minimize damage to a brand and sometimes even burnish a company’s reputation.

Ford, in his late 40s, has been CEO since March 2020, when he replaced longtime chief executive Miles White. He replaced White as chairman barely two months before the recall. But Ford is no newcomer to Abbott, which he joined in 1996, working his way up to become president and chief operating officer in 2018.

Here’s a timeline of Abbott’s response:

Feb. 17, 2022: At the recommendation of the FDA, the company announced a “voluntary recall” while defending the company’s safety procedures. Abbott shuts down its Sturgis, Michigan plant.

Toward the end of a 600-plus-word press release, an executive vice president is quoted as saying: “We deeply regret the concern and inconvenience this situation will cause parents, caregivers and health care professionals.”

By then, there had been three cases — including one death— possibly linked to formula contaminated by Cronobacter bacteria, which causes a rare but often fatal infection, according to the FDA. There was an additional case of Salmonella contamination, which caused illness.

Even though news reports about the scarcity of formula began surfacing in late January, the release did not acknowledge it. The shortage wasn’t hard to predict. Abbott reportedly controlled 40% of the formula market before the recall.

In the statement, Abbott says: “We did not know in February for how long the plant would be shut down.”

Feb. 28, 2022: The FDA announces a second death possibly related to Cronobacter, bringing the total number of cases to five. The recall was expanded. “Our heartfelt sympathies are with all the families affected,” a company spokeswoman tells the Wall Street Journal. The similar sentiment was expressed in other news reports and in the recall notice, which adds that the cause of the infection had not been determined.

March 22, 2022: Abbott addressed the formula shortage for the first time on its blog about the recall.

Without offering an apology, the company said, “We know that millions of parents and caregivers around the world count on our formulas to feed their babies and children and we are doing everything possible to address this situation.”

April 15, 2022: In a blog post about the company’s efforts to increase supply, Abbott said, “We know that our recent recall caused additional stress and anxiety in an already challenging situation of a global supply shortage.”

May 11, 2022: Abbott acknowledged the four cases of Cronobacter bacteria, including two infants who “tragically passed away” in a lengthy blog post about the lack of connection between Abbott’s formula and those cases. The post used a line later picked up by Ford’s opinion piece: “We know the recall has worsened an already existing industry-wide infant formula shortage in the U.S. and we’ve been seeing and hearing the stress and despair of parents who are facing empty shelves. We deeply regret the situation ….”

May 21, 2022: Ford’s piece is published in the Post, the hometown newspaper of Congress and the FDA.

“Our apology in the Washington Post was important for parents, caregivers, healthcare providers, and policymakers to hear — but by no means was it the first or only apology we issued,” the statement says.

In his piece, Ford offers some well-worded expressions of empathy, acceptance of responsibility and promises to make changes, including:

May 25, 2022: An Abbott senior vice president testified before a panel of the House Committee on Energy & Commerce, saying, “All of us at Abbott regret the stress that this shortage has caused for parents.”

After reading the apology, you’re left with only one question: What took so long?

Tom Corfman is an attorney and senior consultant with Ragan Consulting Group. Nick Lanyi is an affiliate consultant with the firm who specializes in crisis communications planning, training and response. Schedule a call with Kristin Hart to learn how we can help you improve your communications effort with training, consulting and strategic counsel. Follow RCG on LinkedIn and subscribe to our weekly newsletter here. 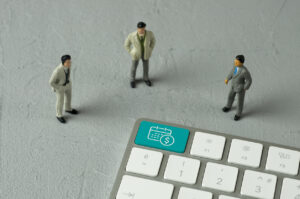 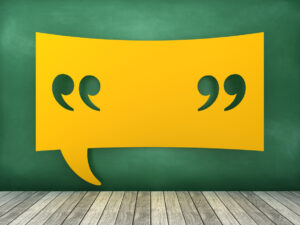 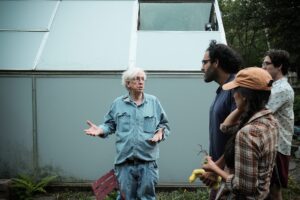 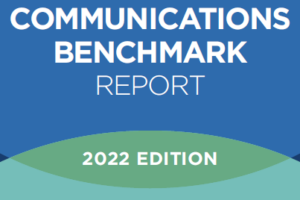 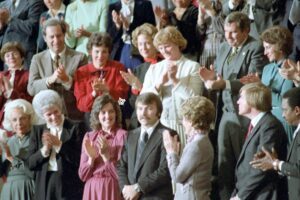