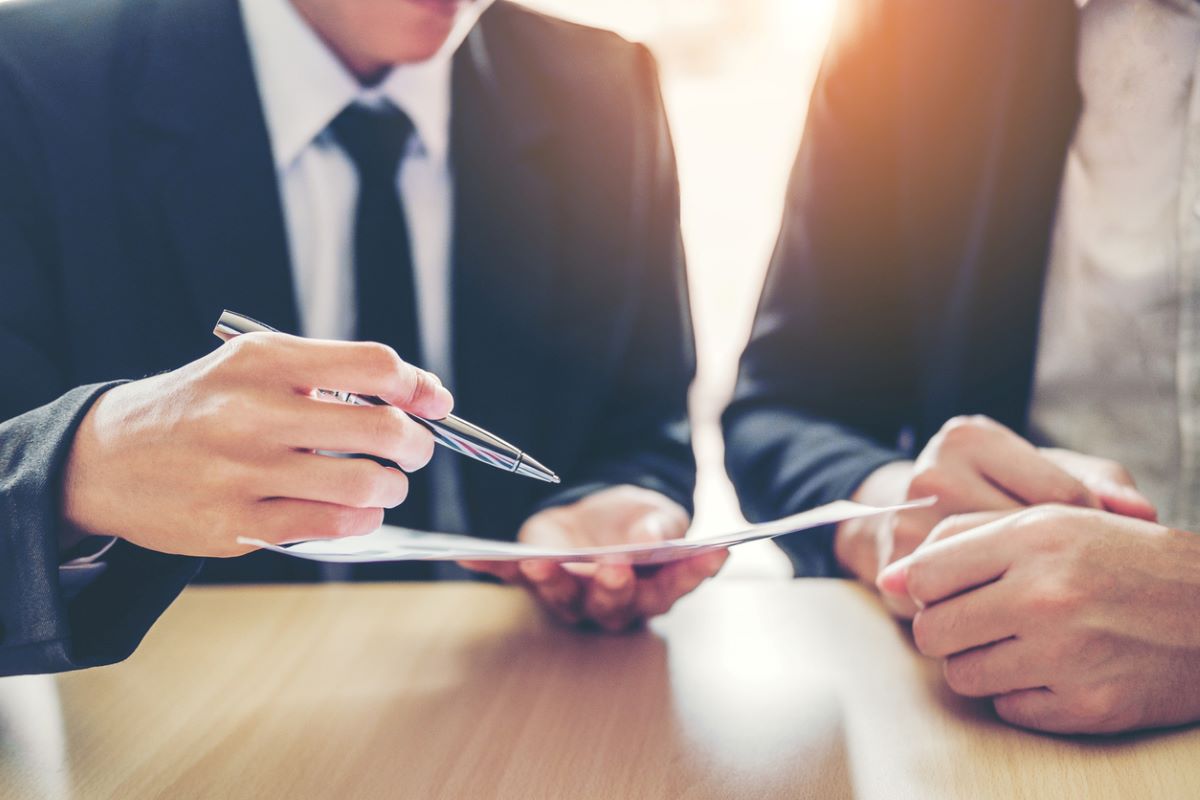 Regardless of your role, industry or objectives, here are 10 tips to ensure speechwriting success:

Anchor your remarks around a central value or message. Before you draft, think about what you want to say and the headline you’d like to see in the next day’s papers. You should be able to sum up your speech in one sentence. Ask yourself: so what? Why does this message matter and why now?

The sharper your answer to the “so what” question, the more compelling your speech will be. If you’re stuck, begin with the end. Good speeches take the audience on a journey; they resonate in the heart, not just the head. Knowing how you want to end the speech will help you shape its narrative arc. If you end on a note of optimism and hope, build momentum early by conveying a sense of urgency about the challenges. If you end on a note of personal reflection and growth, start with a time when your judgment was clouded.

The best definition of a speech that I ever heard was this one: “Tell the truth memorably.”

Concrete examples are the way to do that. Instead of saying that someone is a “dear friend” or a “champion of human rights,” show it with examples: the battles they won and lost, the legislation they passed, the lives they touched. The same principle applies to policies and programs. Instead of rattling off the numbers of dollars spent or other abstractions that go in one ear and out the other, illustrate your points. Show how those policies and programs helped real people in specific communities. Create a motion picture in the minds of your audience, not a still frame.

3. “Deep and simple is far more essential than shallow and complex.”

One of the most rewarding (and daunting) experiences of writing at the State Department is drafting remarks about a bewildering array of issues, often on tight deadlines. It’s tempting to make up for one’s inevitable sense of imposter syndrome by using big words, fancy jargon and complex syntax. Resist that temptation. Jargon is useful shorthand when you’re speaking with other experts, but not when you’re trying to reach a broad audience.

Speeches are about persuasion, and the best way to persuade is with simple, clear prose. Peggy Noonan, President Ronald Reagan’s speechwriter, makes the case for language that’s plain and direct: “Big things are best said, are almost always said, in small words.” This advice is important to remember in the age of soundbites at 140 characters. High flights of rhetoric and wordplay are fun, and they can help you make your points with flair. For maximum effect, use rhetorical devices sparingly. Don’t force them. They should emerge organically as you write. Allow your ideas to drive your words, rather than letting your words be a substitute for good ideas.

4. Frame before you proclaim.

Giving structure to your speech is a sign of respect for the audience. It also makes your words easier to follow and remember.

Here are two others. The first is called “Monroe’s Motivated Sequence” or MMS. It sounds complicated, but it’s actually one of the most common ways to structure a speech:

Another structure I’ve found helpful is “trust, argument, request.” It comes from a former White House speechwriter. Good speeches build trust with the audience, deliver a clear argument, and make a big request. All three elements are important, but trust is essential. If an audience believes that you share their values and understand their concerns, they are primed to listen to your arguments before you even make them.

Speeches have a place in our fast-paced, 24/7 news cycle because they create the space for dialogue and invite people to join a conversation. The big question is—how do you earn trust?

The surest way to build trust with an audience is to tell a story. That’s how we process information, learn new ideas and remember big events.

Don’t take my word for it. Think about the most compelling speeches in your life. My guess is that what stays with you are not the arguments, policies or programs, but the personal narratives and the way they make you feel. Stories do that. They lift up and inspire. They connect, challenge and captivate us. They reveal deeper truths about the human condition. They can also break up the rhythm and characterize your speaker. You’re not going to persuade an audience with facts alone; you need to place those facts in the context of a story.

There are books aplenty about how to write good stories. One lesson I’d share is that what you leave out is just as important as what you put in. Stories require imaginative leaps – you want to give your audience just enough detail to take the first step with you, but not so much that they can’t imagine the journey for themselves. And since all good stories weave together plot, character and theme, it helps to follow tip No. 6.

My greatest good fortune as a speechwriter was the chance to work with so many dedicated professionals at the State Department. All the charming, quirky, heartening, courageous, harrowing, and uplifting moments of diplomacy were no more than a walk down the hall or phone call away. The Department is full of memorable characters and inspiring stories. All you need to do is seek them out.

Research and fact-checking are the most underrated tasks of the speechwriting process. Department librarians and historians can unearth little-known details or point you toward colorful historical anecdotes. Desk officers know more than anyone about the countries they follow and can steer you to embassy and consulate staff on the front lines. Be kind to the drafters of building blocks and work with them as partners. Call them up and share your thinking. Pass on your compliments when they do a good job and highlight positive examples of their work to their higher-ups. The better they are at their job, the better you’ll be at yours. If you’re lucky, you’ll get to work with a team of writers who can support, console, inspire, edit, and challenge you. Good writing is good re-writing, and there’s no substitute for honest, constructive feedback.

As a speechwriter at the State Department, you’re helping senior leaders tell America’s story to the world, and the world’s story to America. Speeches define and elevate policy, which is why they are a collaborative process.

Given the stakes, you’ll get feedback from everybody – action officers, line staff, ambassadors, deputy and assistant secretaries, the interagency. You’ll benefit from the deep wells of knowledge that only a team can provide. But there will come a point when you need to take back the pen and make sure that a single voice shines through from beginning to end. Treaties and multilateral negotiations require compromise and consensus building; speeches depend on clarity of vision and calls to action. Once again, Sorensen was on the mark, “The boldness and strength of a statement is in inverse proportion to the number of people who have to clear it.”

8. Reflect the person, not just the voice.

Writing in someone else’s voice is more an art than a science. Watching videos of your boss speaking, studying their interview transcripts, and reading their speeches can give you a sense of cadence and tone. Even more important is understanding the way they think, how they argue, and the stories they tell. Have they written a book or personal memoir? If so, devour it. Find their cultural touchpoints. Read their favorite authors. And listen to the music that moves them. The best speeches are the ones that only your principal could give. Cut away everything that’s boilerplate or that someone else could have said. What’s left is your message.

One of the most helpful techniques is to sit in the audience while your boss delivers the speech. Bring a pen and the “as prepared” draft with you. Take notes on where they depart from the script. Listen to the rhythm, logic and diction. Which words did they leave out? Which did they add? What prompted a digression? Did they include a story that wasn’t in the draft? Where did they seem most animated? Go with them to every speech. Find time after to review what worked, what fell short, and where they could improve the delivery. Sit in on their meetings whenever you can. Remember, your job as a speechwriter is to empower your boss to tell the truth memorably. You can spend all day learning new tricks of the trade, but nothing beats spending time with the one who’s speaking (and owning) the words in public.

9. Turn your numbers into images.

Too many numbers are distracting. Besides, most audiences only remember one or two facts from a speech. So choose wisely and apply this counsel from James Humes, a former presidential speechwriter: reduce, round and relate. Reduce the number of stats. Round them where possible. And above all, relate them.

For every number in your speech, draw an analogy. Say what that number means for one family, one student, one parent. Show how much it could buy. Go from the known to the unknown. Turn what’s distant into something immediate.

10. Know your audience and the room.

The author George Saunders makes a point about writing that really resonates: the magic happens not between the words and the page but in the relationship between the writer and reader (or in our case, the audience). Saunders calls this process “revising your reader up… [and] generously imagining her.”

To persuade someone to join your cause is to know what motivates and inspires them. You can’t persuade someone if you dismiss them out of hand or simply tell them they’re wrong. Revising your audience up starts with knowing something about them: what are their beliefs, values and interests? How does the audience feel now and what would you like them to feel after your speech? What are their fears? Are they skeptical, angry, disheartened, hopeful? Why? Who are their heroes? Do they know your boss? What are their expectations? Can you disarm them with a self-deprecating joke or witty aside? What’s the run of show? Instead of piling up all the thank yous at the beginning (which everyone expects), sprinkle them throughout the speech. A well-placed and generous expression of gratitude at the right moment will mean all the more to the person you’re praising.

Research the room and what happened on that day in history. Any time you can draw in the audience and their stories or tap into the room and its history, you’ll make your boss’s remarks stand out. You’re writing for the ear, not for the eye. So read your drafts aloud. Pay attention to the structure and rhythm. Shorter is better—it’s also harder. Take time to edit your drafts. Shorten your words, sentences and paragraphs. Write with nouns and verbs, not adjectives. Replace passive with active voice. Strip away the jargon and focus on what’s deep and simple, not shallow and complex. Imagine your audience generously, and they will return the favor.

Andrew Imbrie is a senior fellow at the Center for Security and Emerging Technology at Georgetown University. He served on the policy planning staff at the U.S. Department of State, where he was a speechwriter to former U.S. Secretary of State John Kerry. Read the original version of this post here. 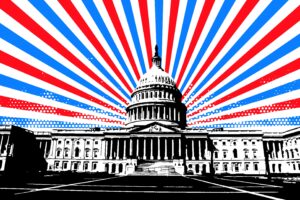 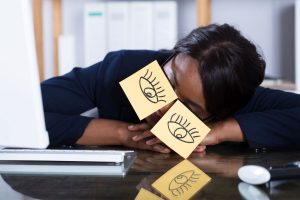 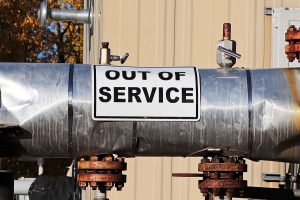 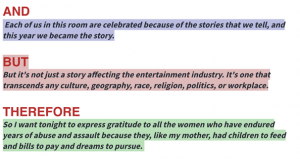 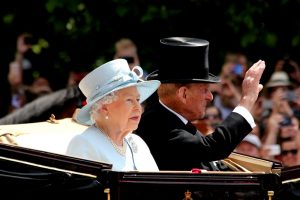